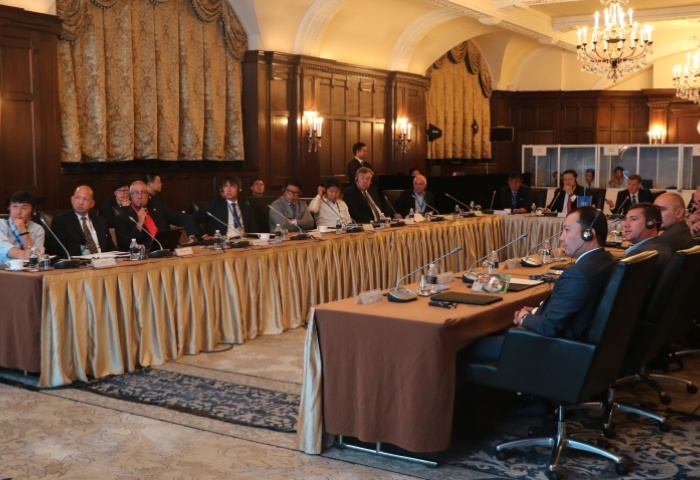 September 5 – Asia’s top coaches have endorsed the use of video replays in matches at the inaugural Elite Club Coaches’ Forum in Shanghai, China. The coaches felt that the use of technology should be expanded and that video replays in particular protected the referees by being able to check decisions, as well as ensuring wrong decisions were corrected.

Within the Asian Football Confederation (AFC) region video technology is being used in the Australian A-League but the coaches felt now was the time to increase tests.

With the AFC having increased its emphasis boosting and widening the base of high level performance across the region, the objective was for the coaches to share information and opinions on a wide range of footballing issues including competitions, coaching trends, laws, refereeing, media, and technical football development.

Eriksson said: “This type of forum is definitely the way to go for football in Asia. At this event you learnt something and leave the forum with some issues to contemplate. It is also good to spend time with coaches that you may only see for a few seconds during the AFC Champions League.”

Opening the forum, Chinese Football Association vice president Li Yuyi said: “This is a milestone event and we feel it was a real vote of confidence by the AFC in choosing Shanghai for the first forum of elite club coaches. These gatherings can only assist in the continued progress of football in Asia and, in turn, further increase the competitiveness of the game across the continent.”

This week more than 300 coach educators have gathered at AFC headquarters in Kuala Lumpur for a series of meetings on coaching developent.