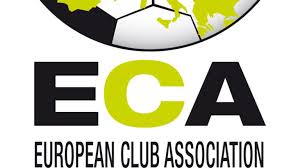 September 6 – Europe’s leading clubs say the new Champions League format being introduced by UEFA in two years’ time has ended the threat of a breakaway league but reject the suggestion that the essential romance and nostalgia of football will evaporate in the process.

From 2018-19, the first four finishers in Europe’s top four leagues will go straight into the Champions League group stage without having to qualify.

UEFA has promised that annual prize money to all 32 group-stage teams will be “increased significantly” for the three seasons through 2021. But the deal to give 16 guaranteed group-stage places instead of 11 currently to clubs from the big-four leagues will inevitable squeeze teams from lower-ranked leagues.

By awarding the most slots to countries whose teams have been most successful in previous years and who generate the most interest in key markets, UEFA has been accused of further stacking  the odds against the type of Cinderalla story written by Leicester in the Premier League and undermining the chances of clubs from smaller nations fighting their way through the competition.

It would appear that the need to make sure Uefa stays onside with the clubs is considered of paramount importance regardless of how predictable its prime club competition is perceived in some quarters.

“It’s a good concept and is a sign of a good partnership between us and UEFA,” conceded Karl-Heinz Rummenigge, head of the European Club Association following the ECA’s annual assembly in Geneva. “We found a good compromise which maybe not the best for everybody but there are no winners or losers and I’m convinced everyone will benefit.

“It is not revolution but evolution and was overdue but one message I want to put out is that this keeps football in Europe united after all the rumours of a super league.”

But Rummenigge rejected the idea that the changes being made are only about money, pointing out that 25% of Champions League revenues under the future arrangement will be shared equally regardless of size of club and insisting there will still be scope for the occasional headline-making feat.

“It is probably more difficult for these (smaller) clubs (to succeed) … in a very competitive football world,” he admitted, “but I believe there is still space for them and scope for surprises. I believe that under the new format, there is still sporting criteria as well as market criteria.  I don’t believe uefa is only interested in marketing.

The ECA’s General Secretary Michele Centenaro added: “One of the key points in this reform is ‘keep the dream alive.’ Everyone will still have the ability to qualify.”