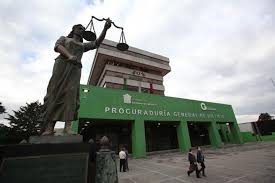 September 21 – A niece of Angel Maria Villar, one of world football’s most high-ranking officials who ran UEFA temporarily in the absence of Michel Platini, has tragically been found dead close to the Mexican city of Toluca after being held to ransom.

Maria Villar Galaz was abducted last Tuesday and Mexican foreign minister Jose Manuel Garcia Margallo confirmed her the captors had demanded a ransom of €9,000.  News of the kidnapping had been kept a secret from the public to try and assist the operation.

Galaz’s captors had forced her to withdraw money from cash machines and demanded funds from her family to ensure her release, he added. “It is very sad news and totally unexpected,” Garcia Margallo said.

Her husband had flown to Mexico to negotiate with the kidnappers but the body of the 36-year-old was found in a canal in Santiago Tiaguistenco, about 20 miles south of Toluca.  “The amount was a little less than they had asked for but we thought it would come out safely but unfortunately that has not happened,” Garcia Margallo added.

Villar, who has been president of the Royal Spanish Football Federation since 1988, has sat on the executive committee of FIFA since 1998. The kidnap appears to have happened just shortly before he chaired UEFA’s presidential election congress in Athens where  Slovenian Aleksander Ceferin  was voted in.