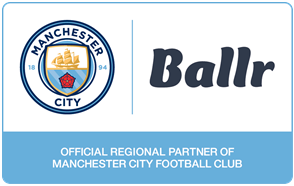 The Ballr Football app launches in October 2016 and is based around a free gaming platform that drives fans to compete and communicate with each other during real-time sporting events. When launched the app will focus on the Premier League and engaging fans in Asia – Ballr has offices in Singapore, Sydney and Mumbai.

Ballr was founded in 2015 by Sam Jones, an investor in Australian company PlayUp which had a similar concept but could never get its product to market, spending $70 million along the way in a series of technology blunders.

Ballr has grabbed a number of PlayUp staff but will keen to avoid their previous mistakes. Key to the Ballr offering will be the games to encourage player engagement and the rewards that those games offer. To avoid gaming regulation the games will be free to enter will players competing for prizes like merchandise, tickets and meet-and-greet with players.

Ballr founder and CEO Sam Jones said: “We believe there is a huge gap in the fan experience that we can fill with Ballr. Really this is a second screen for sport, delivered on a smartphone, where friends can exchange banter on the game and predict the outcome of the game as it unfolds in real time and win great prizes.”

Damian Willoughby, Senior Vice-President of Partnerships, City Football Group, said: “Our new partnership with Ballr is an exciting opportunity to engage with Manchester City fans in the digital sphere and to offer them further opportunities to connect with the Club. Manchester City is committed to enhancing the fan experience and bringing supporters together. Ballr shares these values with us and we look forward to building this partnership together.”