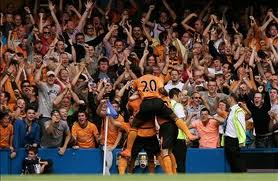 October 20 – The protracted sale of English Premier League club Hull City to a Chinese consortium looks to have moved closer to fruition in a potential deal worth £130 million.

Documents filed with the Hong Kong stock exchange say a conditional deal has been reached between Hull’s parent company Allamhouse Limited and a group headed by Greater China Professional Services Limited though it is still subject to Premier League approval.

The file dated October 13 shows GCPSL and a company called Camsing Global have signed heads of terms – which outlines details of a formal contract – with Allamhouse. But there has been no confirmation or statement from the club itself after months of speculation about its future.

The proposed sale has been an on-going saga, with first US interest and then Chinese interest having failed to secure the club.

The Allam family, who have owned Hull City since 2010, put the club up for sale in 2014 after the English Football Association rejected chairman Assem Allam’s bid to change the club’s name to Hull Tigers for greater global marketing exposure.

Reports suggest that the person leading the consortium for GCPSL is Ip Kwok Kwong, a 55-year-old businessman and former graduate of the University of Aberdeen who was introduced to the Allam family through former Hull chairman Adam Pearson. But it also being mooted that there is rival interest from another consortium led by American-Chinese businessman Chien Lee.