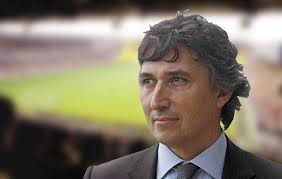 October 25 – An English Premier league club is under investigation over allegations of supplying false financial documentation.

The allegations, reported in the Daily Telegraph, centre on Italian Gino Pozzo’s sole takeover of Watford in 2014 when he assumed complete control from his father Giampaolo.

The investigation has been launched by the English Football League since Watford were in the second tier of English football at the time.  If found guilty the club could be heavily fined or even face a points deduction.

A Football League spokesman said: “We can confirm, following receipt of information from the Daily Telegraph, that we immediately commenced a disciplinary investigation into serious allegations made against Watford Football Club.

“The club has been formally contacted by the EFL and is now required to provide a full and detailed response to the allegations.

“Once that response is received, it will be fully considered by the EFL and appropriate action will be taken under our rules and regulations.

“We will not be making any further comment until we are in receipt of the club’s response.”

The Telegraph claims it obtained a forged bank letter submitted when Gino Pozzo became owner before the 2014-15 campaign. Watford won promotion to the Premier League that season. The paper further alleges the “fabricated” document, purporting to be from HSBC, was used as proof of sufficient funds allowing Pozzo to take control of the club but says there is no indication that Pozzo himself knew that the letter had been obtained or submitted on his behalf.

The club told the newspaper they are carrying out their own internal investigation.