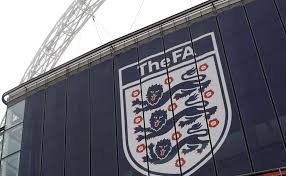 October 27 – The English Football Association is planning to invest £260 million as part of a scheme to improve grassroots football throughout the country.

The ‘Parklife’ project will build 30 new all-purpose facilities by 2020 in a partnership between the FA, the government’s Department for Culture Media and Sport, the Premier League and Sport England.

England have won only one major senior international tournament, the 1966 World Cup, partly attributed to insufficient grassroots facilities and no long-term plan.

“We will benefit for decades,” said interim England manager Gareth Southgate. “When talking about player development, you’re always thinking about short, medium and long-term strategies. It can’t always be about what’s right for the next 12 months.”

On Monday, the FA announced a new overseas broadcast rights deal for the FA Cup, the world’s oldest domestic knockout competition over six seasons from 2018-19.

The value of the overseas deal was undisclosed but FA chief executive Martin Glenn says it will allow more investment in the amateur game.

“We have identified four key areas in which we have committed to investing £260 million over the next four years – facilities, coaching, participation and developing the football workforce,” said Glenn. “Our goals are ambitious, but achievable.”