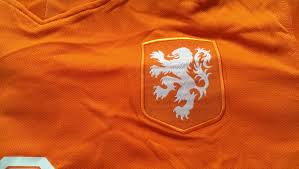 October 31 – The Dutch FA, the KNVB, has reported a profit of €6.8 million for the 2015/16 season. The KNVB also revealed that registered members of the governing body had jumped to 1,227157, the highest level in its history.

The ‘Oranje’ missed out on Euro 2016 in France after a dramatic qualifying campaign, failing to progress from a group with Iceland and the Czech Republic, but the €6.8 million profit means that Dutch football remains financially healthy. €4.8 million of the profit came from the professional football division and €2 million from amateur football.

Two top tier sponsors Nike and ING extended their partnerships with the KNVB in the year reported. The Netherlands World Cup qualifying campaign for Russia 2018 has also not started in the brightest manner, with a draw away to Sweden and a defeat at home to France.

“Our healthy financial position means that both grassroots and elite sports remain accessible and that we can focus on development of football,” said KNVB finance director Ron Francis.

The KNVB has invested repeatedly invested in its training complex, but wants to invest €2 million in the ‘plan Winnaars van Morgen’ [plan Winners of Tomorrow], an innovation programme that aims to deliver high-quality coaches and players for the future.

The number of female members has topped 150,000 members for the first time, a growth of 4.73% compared to the previous season. In 2017 the Netherlands will host the women’s European Championship.