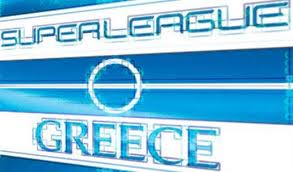 The world governing body moved in last month after the government put a stop to the Super League season before it had even started amid a row over refereeing. With two separate criminal investigations into widespread match-fixing under way in Greek football, several leading clubs felt decisions over match officials had been railroaded through without their approval.

At the same time, the former president of the HFF, its former legal counsel and three of its board members, as well as six Super League referees, are among the 28 defendants in one of the two criminal cases.

In the same case, the prosecutor has recommended that Evangelos Marinakis, the owner of Greece’s most successful club, Olympiacos, should be remanded in custody as he awaits trial for controlling a criminal operation, fraud, extortion and bribery. The final decision whether to place him on remand now rests with a Judges Council, which has yet to rule on the matter.

Tensions at the Athens derby will be high after the deputy sports minister, Stavros Kotsonis, also stepped in last season to cancel fixtures following crowd violence over perceptions of dubious refereeing when Panathinaikos played Olympiacos. The match is known locally as the Derby of Eternal Enemies.

With the backdrop of criminal allegations against the Olympiacos owner, fans of rival Greek clubs feel the extent of their domestic success – Olympiacos have won 11 of the past 12 Super League titles – cannot be trusted.

It has certainly been lucrative for Marinakis’s team: UEFA announced this week it had paid €33 million to Olympiacos for a 2015-16 Champions League campaign in which they bowed out of the competition at the group stage. They took another €1 million for their participation in the Europa League, which ended after a single game.

With both clubs occupying the top-two positions in the Super League, much is at stake in the Olympiacos-Panathinaikos game on Sunday. In her fax to the HFF announcing the normalisation committee last month, FIFA’s general secretary, Fatma Samoura, acknowledged “the allegations linked to refereeing, as well as the difficulties surrounding the management of ethics cases.”

Much needs to be done in Greece and a positive atmosphere in the derby would send a welcome message.