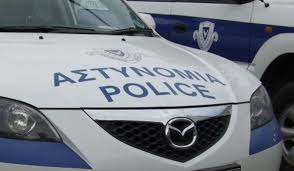 November 18 – The entrance to an insurance company headed by under-fire Cyprus Football Association (CFA) boss Costakis Koutsokoumnis has been bombed in the latest ugly protest against his leadership.

According to Limassol investigators, the blast occurred in the early hours of Thursday morning causing extensive damage but no injuries in what was the second explosion at the same offices in four years.

Media sources claimed that Koutsokoumnis told investigators that he suspected “underworld figures involved with match-fixing” were behind the explosion which occurred while Koutsokoumnis was in Greece at the behest of FIFA, ironically in an effort to mediate a deal between the Greek FA and the government over the ongoing crisis in Greek football.

Koutsokoumnis is a symbol of hate among many Cypriot fans, partly because of his efforts to re-unite Greek and Turkish Cypriot football on the divided island.

He recently announced sweeping measures in a bid to eradicate match-fixing, under pressure from UEFA which suspects six first-division matches and a domestic cup match may have been fixed since September. According to Marios Lefkaritis, a vice president at UEFA and honorary president of the CFA, files on 75 matches suspected of being fixed since 2011 are being processed.

Koutsokoumnis has been CFA President since 2001 but according to agency reports has been accused of using his position to bolster his position within the ranks of FIFA and UEFA rather than prioritising more pressing domestic issues.

Even though he is endeavouring to stamp out match-fixing, Cypriot football continues to be plagued by other problems such as hooliganism, while there is discontent over the numbers of foreign players in the countsy. Cyprus has the highest number of foreign imports of any top division in Europe and according to world players’ union (FIFPro) has one of the worst reputations in the world for players being left unpaid, largely as a result of clubs being in severe debt.

Cleanthis Georgiades, president of Cyprus Sports Organisation, said the situation was now out of control. “If authorities are going to stamp this out, legislation must be passed that unties their hands because it’s wiretapping that helps crack such cases,” he told The Associated Press.