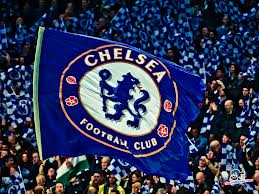 December 2 – British football’s child abuse scandal has taken another unsavoury twist with reports that a former Chelsea player was paid £50,000 by the Premier League club not to go public with allegations that he was sexually abused by the club’s former chief scout Eddie Heath.

It has already been reported that Chelsea made a payment to an individual in the last three years and Gary Johnson has waived his anonymity to come forward and reveal he was the former player in question.

“I think that they were paying me to keep a lid on this,” Johnson told Britain’s Daily Mirror newspaper which reported that Chelsea had waived the confidentiality clause in Johnson’s settlement.

“Millions of fans around the world watch Chelsea. They are one of the biggest and richest clubs in the world.”

“All their fans deserve to know the truth about what went on. I know they asked me to sign a gagging order and how many others are there out there? They may have paid others for their silence. I hope and pray no clubs are allowed to cover this up – no one should escape justice.

“We need total transparency now for the good of the game. What makes me so angry is that I went to them to say I had been abused and they basically said, ‘prove it’.”

A Chelsea statement said: “Chelsea Football Club has retained an external law firm to carry out an investigation concerning an individual employed by the club in the 1970s, who is now deceased.

“The club has also contacted the FA to ensure that all possible assistance is provided as part of their wider investigation. This will include providing the FA with any relevant information arising out of the club’s investigation.”

“I felt shame, I felt my childhood had been taken away,”  Johnson. “I spent my late teens in turmoil, absolute turmoil.”

Former footballers have also alleged they were subjected to years of grooming and sexual abuse from a former employee of another Premier League club, Southampton.

Dean Radford and Jamie Webb said the incidents happened when they were in their teens and Southampton said it would co-operate fully with any police investigation.

Webb, who joined the club when he was 13, described how boys were “groomed” by a club employee while Radford claimed the alleged culprit told him and others that “if we trusted him, and it worked both ways, then the chances were there that we could become a professional footballer.”

“You don’t live every day of your life crying your eyes out and walking around with your head down, you get on with life as normal, but you still have it there, it’s buried there deep, and it comes up, and it will keep coming up for the rest of my life,” Radford added to the BBC.