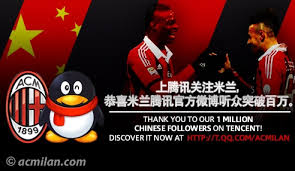 December 5 – Completion of the sale of Serie A side AC Milan by Silvio Berlusconi to the Chinese investors now looks certain not to be completed on December 13, and could be pushed back to the end of February 2017 as the Chinese investors wait for government authorisation for the release of their money.

The €520 million deal has been cooking since the beginning of the year with the two parties coming to an agreement in August. The Chinese buyers have already put down a non-refundable deposit of €100 million if the deal is not completed by the December 13 deadline sent for completion.

A report by Reuters suggests that the Italians may seek a further non-refundable €100 million if the deal closure is pushed out to February next year.

The Chinese investors are backed by Haixia Capital and entrepreneur Yonghong Li, and will take control of the club through investment vehicle Sino-Europe Sports Investment Management Changxing (SES).

A joint press release from Berlusoni’s holding company Fininvest and SES said “that the financial aspects and the timings (were discussed) in view of the finalisation of the operation.” No detail on the transfer of the funds required to close the deal was mentioned.

Berlusconi said last month that he had been assured by the Chinese that the money was on its way but maintained that if it didn’t arrive he would be prepared to step back into the club – the €100 million non-refundable deposit would be helpful in this regard.

He said that if he did this he would like to build a team around young Italian talent like 17-year old goalkeeper Gianluigi Donnarumma who has already established a place in the national team.

His public comments were most likely designed to put some public pressure on the Chinese, but that is unlikely to speed up any Chinese government hold-ups in sanctioning the deals. Premier League clubs Southampton and Hull City are both believed to have completed sales to Chinese investors and are now waiting for the government to clear the release of funds.