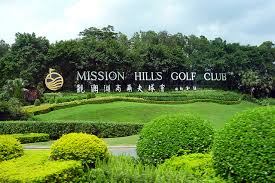 December 6 – FC Barcelona is taking its academy blueprint to China and is backing the build of a facility at the world’s biggest golf resort, Mission Hills, on China’s Hainan Island, near Hong Kong.

The new football complex will become a training centre for China’s national team and top clubs as well as housing up to 1,000 junior footballers – hot-housing youth development in a bid to breed a new generation of Chinese “national heroes”.

Barcelona will be a “strategic financial partner” and will provide coaching expertise at the new academy, Mission Hills vice-chairman Tenniel Chu told AFP.

Mission Hills has two giant golf complexes including the 12-course Guangdong resort. The football concept is not dissimilar and will built at Mission Hills’ Haikou golf resort.

The site will also have a 5,000-capacity international school which academy players will attend.

The rush to train Chinese players capable of competing on the world stage is already in full swing with league champions Guangzhou Evergrande having already opened the world’s largest academy, in conjunction with Real Madrid, for more than 2,000 youth players.

“The grassroots level is very important in growing the game,” said Chu.

“Our president Xi, as you know his dream is by 2020 to have 50 million full-time footballers… So we’re looking at a huge market in promoting the juniors’ development.”

The academy currently has five pitches and will grow to 30. “With 30 pitches you can accommodate up to 1,000 students at any time,” said Chu.

“Ultimately it’s to breed our own (Lionel) Messis, or Neymars or Beckhams – our national heroes,” Chu said of the football academy.