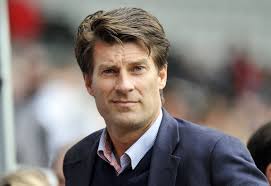 December 8 – Former Swansea City manager Michael Laudrup and the club itself have denied he was sacked – mysteriously at the time – because of concerns that he and, primarily, his agent stood to profit from player transfers.

Danish newspaper Politiken has made explosive claims, based on documents it says it has seen after collaboration with Football Leaks, suggesting Laudrup’s agent, Bayram Tutumlu, could have made more than £3 million during the Dane’s reign.

Politiken claim that in at least seven cases, Tutumlu secretly made millions on players who were signed by Swansea during Laudrup’s reign. In total, Tutumlu is accused of making more than £3.6 million through these deals including over Chico Flores and Pablo Hernandez.

Laudrup, currently in charge of Qatar Stars League club Al Rayyan, was appointed in June 2012 and led Swansea to their first major trophy when they won the 2013 League Cup – but then left the club after less than two seasons in charge amid claims he was trying to dictate transfer policy.

Politiken claims Swansea accused both the former Danish legend and his agent of trying to “benefit from transactions at the expense of the club”.

According to the article, Swansea wrote a letter to the League Managers’ Association (LMA) when Laudrup was sacked, claiming there were “a number of transactions and dealings with players about which the club has concerns”.

However, speaking to the BBC, Swansea chairman Huw Jenkins says Laudrup was dismissed for footballing reasons and that the club did not suspect the former Barcelona and Real Madrid player of any wrongdoing. “There were discussions with the LMA but that was done in the context of negotiating a settlement and it should be taken in that light,” he said.

And Laudrup fiercely denied Politiken’s allegations, telling the BBC: “I have never received any payment or commission related to any player transfer in any of the clubs I have coached. Never.”

“I have read that Swansea stated that they have not found anything that indicates that I have done something wrong or illegal regarding the player transfers in my period as a manager in the club. I knew that but it is a relief that the club confirms it.”