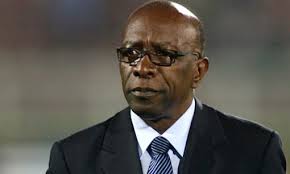 December 8 – The US Department of Justice’s attempts to get former CONCACAF president and FIFA vice president Jack Warner to the US to stand trial looks set to suffer further delay.

Warner is asking the Trinidad court to declare Attorney General Faris Al-Rawi’s decision to sign off on his extradition in September 2015 as unlawful. Warner’s lawyers claim that Al-Rawi acted unfairly as he failed to give their client an opportunity to respond to the US’s extradition request before making his decision.

The trial of this judicial review lawsuit will not be heard before the end of the year. Possible trial dates will now be set in March when it will come up before Justice James Aboud, again, in the Port-of-Spain High Court.

The delay in getting to this point is ironically due to an attempt by the US to enter this legal debate, claiming that although the Trinidad prosecutors would be representing the case against the

Trinidad’s appellate court, where the US request was eventually heard, was not impressed with the US attempt at intervention in what is essentially an issue of legal sovereignty in Trinidad. It ruled against their involvement.

Aboud said that the application by the US had ‘held back’ the matter from proceeding but said it was unintentional.

Timelines have been set for the filing of written submissions by both sides. Warner is challenging the process by which the extradition proceedings against him are being carried out and wants to quash the Authority to Proceed (ATP) signed by Al Rawi.

Warner is also challenging the legality of the Extradition (Commonwealth and Foreign Territories) Act, and the Treaty signed between Trinidad and the United States.

The saga looks set to run and run. The unknown element in all of this is whether the US under new president Donald Trump and a new attorney general will have the appetite to keep up the chase for Warner. As president of CONCACAF, Warner was a long time paying tenant of Trump in his Trump Tower New York – CONCACAF had two floors in the building.

Similarly Trump, whose election platform had a central pillar built around keeping undesirable people (and Mexicans) out of the US, might have a different view on the concept of actively seeking to bring criminals into the US and the ballooning costs of bringing them to trial and keeping them incarcerated at the US tax payers’ expense.

Warner, 72, is accused of 12 charges related to fraud, racketeering and engaging in illegal wire transfers. The offences are alleged to have taken place in the United States, Trinidad and Tobago and other jurisdictions between 1990 and June 2011 when Warner quit FIFA.

Warner surrendered to Trinidad police after a provisional warrant was issued for his arrest. He spent one night on remand at the Port-of-Spain state prison before he was able to pay his $2.5 million bail.