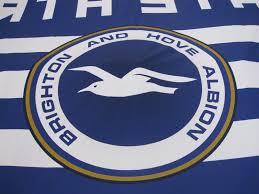 December 8 – Brighton and Hove Albion, pressing hard for a place in the Premier League for a second consecutive season, have highlighted the financial balancing-act facing upwardly mobile clubs with ambitions of top-tier football. The high-flying Seagulls from the English south coast have reported a pre-tax loss for the year to 30 June 2016 so substantial that it outstripped turnover for the same period.

In another sign of a club pushing as hard as it dare to reach the promised land attained a year and a half ago by Bournemouth, another south coast club, Brighton staff costs – which were up a third from 2014-15 levels at £27.4 million – also outstripped turnover. This stood at £24.6 million, while the pre-tax loss reached £25.9 million, well over double the £10.4 million loss incurred the previous year.

Brighton can withstand this quantity of red ink thanks to the generosity of chairman and 93%-owner Tony Bloom, who has been a fan for four decades.

The auditors made clear that the validity of preparing the financial statements on a going concern basis depended on “the ability of the directors to generate sufficient further funding and the continued support of the directors in providing adequate loan facilities”. A subsequent note stated that the group had net current liabilities at financial year-end of just under £160 million and that the chairman had “indicated his willingness to support the group by providing adequate loan facilities to enable the group to meet its financial obligations as they fall due” for at least 12 months.

At June 30, Brighton owed Bloom £170.5 million, up from £147.5 million a year earlier, with the amount loaned repayable within a year and interest-free.

Bloom explained that the increased losses “result directly from an ongoing and growing investment in our playing squad”, with the club’s decision not to “cash-in key assets” resulting in player trading swinging from a profit to a loss.

The turnover analysis showed that ticketing income actually fell marginally from £9.8 million in 2014-15 to £9.4 million, though this was more than compensated for by an increase in Football League and central distributions.

According to the club, the accounts showed it had “complied with [the] Football League’s Financial Fair Play rules for the period”. It explained: “Clubs voted to increase the level of permitted losses to £13 million effective from the start of the 2015-16 [season]. Based on the operating loss adjusted for depreciation and allowable expenditure – such as our investment in our Category 1 academy – Albion will once again comply.”

Said Bloom: “With permitted Financial Fair Play losses of £13 million per year over a three year period, any Championship club without parachute payments wishing to compete for promotion will inevitably make significant losses, so it remains a delicate balancing act for the board as we strive to achieve our ultimate aim.”