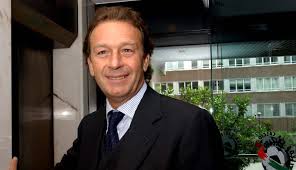 Cellino and Leeds had already indicated their intention to appeal what would be his second ban from being involved in the running of the club in his two-and-a-half years in charge.

Cellino was charged with breaching the FA’s football agent rules over the sale of Ross McCormack to Fulham in 2014. The ban will start on 1 February 2017.

“Mr Cellino has been suspended for 18 months from being a director or shadow director of Leeds United or any other football club or company whose activities include ownership of a football club,” the FA said.

“By 30 April 2017, he is to attend and complete an FA education programme covering the duties and responsibilities of an owner and director of an English football club.”

This is the third time the 60-year-old former Cagliari owner has been given a ban by the FA since taking over the iconic, massively supported club in April 2014.  He was suspended by the Football League in 2014 after being found guilty of tax evasion in his homeland and this year had another ban overturned. If the current decision is upheld, his suspension means he will not be able to return to his position at Leeds until September 2018.

Cellino issued a statement on the club’s website that he was “surprised to hear about the FA’s intentions” and that he was only guilty of “protecting Leeds United. I ask the players, manager and my staff to continue to work with loyalty and professionalism and to keep fighting for the club everyday on and off the pitch.”

Ironically, he has cut a subdued figure this season, deliberately staying in the background with Leeds enjoying their best season since 2005-06 and in strong contention for promotion to the Premier League.

Cellino has been reported to be on the verge of a 50% sale of the club to Italian businessman Andrea Radrizzani, a result of negotiations that began in August. Radrizzani, is believed to have an option to buy the remaining 50% should Leeds stay in the Championship but no option to buy the remaining 50% if Leeds were promoted. That situation could now change given Cellino’s removal from Leeds United’s operations.