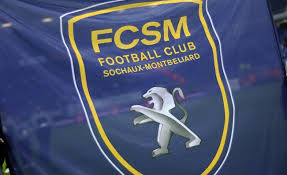 December 12 – The Chinese owners of FC Sochaux-Montbéliard have given assurances that the French club is financially secure and will compete in next season’s Ligue 2.

In 2015, FC Sochaux were sold by carmaker Peugeot to Chinese high-tech company Tech Pro. Peugeot founded the club in 1928 for its workers and the team spent a record 66 seasons in the French top league until they were relegated in 2014. Tech Pro paid a reported $7.9 million for Sochaux.

But this season doubts have risen about the financial stability at Sochaux. Since the Chinese takeover, the club has burnt through half of the €15.3 million left by Peugeot. Questions have been posed if Sochaux can sustain themselves during the 2017/18 season in Ligue 2.

Owner Tech Pro recently lost 86% of its value on the Hong Kong stock exchange. Chairman Li Wing Sang is also facing a legal challenge from one of his creditors threatening him with personal bankruptcy. In troubled waters, Pro Tech has begun a new capital raising exercise, seeking to generate €10.7 million of new money.

“If Tech Pro was in danger of bankruptcy, I think that nobody would invest,” wrote Li Wing Sang in an e-mail to French sports daily L’Équipe. “As we said from the moment that we acquired [the club] in the summer of 2015, we are not here for the short term.”