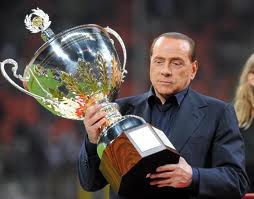 December 14 – The completion of the sale of AC Milan to an investment group led by Chinese investors Haixa Capital and Yonghong Li, has been put back until March 2017. Originally due to complete yesterday (December 13), the new date reflects the difficulty the Chinese have had receiving Chinese government approvals to release the money.

The delay in the sale is not completely unexpected as Berlusconi has hinted in the media that there were issues getting the money out of China but that he was confident of the buyers’ intentions.

He did however say to La Repubblica, that: “If I will not be able to conclude a deal with these Chinese partners, I have in mind a project of creating an entire team  made up of young Italians, preferably who have emerged from our youth team.

Berlusconi has owned the club since 1986 and has since bankrolled a number of successful eras. The club won European Cups in 1989 and 1990, before Champions League victories in 1994, 2003 and 2007. Milan have also won eight of their 18 Serie A titles since Berlusconi’s involvement with the club.

One of the outstanding issues in the takeover has been understanding the exact composition of the new Chinese ownership group.

Sino Europe Sports is the vehicle created for the acquisition of the club, with Yonghong Li and Li Han named as the heads of the consortium and as the major investors with 25% of the shares. State-backed Haixia Capital will hold a 20% stake. But so far it looks like Haixa are putting in a larger chunk of the cash than their mooted 20% shareholding, perhaps while other investors are persuaded to commit.