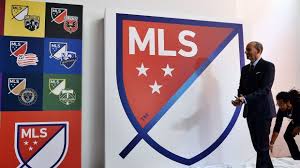 December 16 – The MLS ended its 2016 season with a series of record numbers from attendance to bigger and better TV deals. A stark contrast to the second tier NASL that is struggling for survival.

But how sustainable is the MLS whose commissioner Don Garber said is still in “investment mode”. An analysis by Football Benchmark looks at the key criteria that defines the business model of the MLS model where franchises now cost upward of $100 million. MLS president and deputy commissioner Mark Abbott said that fees could soon be “as high as $200 million”.

Top of that analysis is a recognition of the spectator growth of the league. For the 2016 season just ended, average MLS crowds were 21,692 per game, comparable to Italy’s Serie A and France’s Ligue 1.

The report attributes this to ‘newness’. “Modern and soccer-specific stadia, the inclusion of expansion teams in key market and the improving standards on the field of play, have undoubtedly had a positive impact on attendances. Indeed, the important role played by expansion franchises in driving-up crowds is demonstrated by the fact that none of the top three teams by average attendance (Seattle Sounders, Orlando City SC and New York City FC) are founding members of the league. Moreover, it is notable that Seattle Sounders, with over 42,000 supporters at their home games, have topped the MLS crowd list every year since joining the league in 2009.”

While crowds are growing for the MLS match day experience, the room for upward growth in domestic broadcast revenues is a clear area that can be improved on. The authors say the current US domestic deal with three broadcasters (Fox, ESPN and Univision) at $90 million and running through to 2022 is only marginally above the the Dutch Eredivisie’s TV deal. “Moreover, the league’s TV ratings are still far from those of Liga MX – demonstrating the importance of demographics – and the English Premier League.”

A further complication of the TV deal is that it is negotiated in tandem with US national team rights, while franchises can sell their own local rights. Centralised sale of rights can be a positive in that it will help secure a sale with a big partner, but it might not generate the biggest amount of money. The league has also centralised its kit supplier deal in an eight-year partnership with Adidas. It also places geographical limits on marketing sales by its clubs.

Probably the biggest area of contention in the MLS is the salary cap, which provides a level of business protection for franchises, but also has some glaring anomalies.

The $3.66 million salary cap can be exceeded by three slots for Designated Players. This can lead to some glaring imbalances.

“Toronto FC, this season’s MLS Cup finalist and leader in terms of total compensation, spent five times more on players’ salaries and bonuses than FC Dallas, who had the lowest outlay…

“In the case of MLS, the distribution of player salaries reveals a very large disparity. The top 20 highest-paid footballers in the league, representing just 5% of total players, earned over 43% of the combined payroll of all teams. This is aptly illustrated by the case of Kaká (the highest earning player) who had a higher salary in 2016 than the total payroll of 14 of the 20 franchises,” says the report.

Investing in players does make a difference with the 12 teams that made it to the playoffs spending on average $10 milllion on total player compensation, against $6,8 million on average for those who didn’t make it.

With a reported 10 candidate cities for four new MLS expansion franchises, the demand in the US is clearly present from both fans and the sports investment community. The business model may need some refining to maximise the commercial opportunity.

Read the full report at https://www.footballbenchmark.com/major_league_soccer