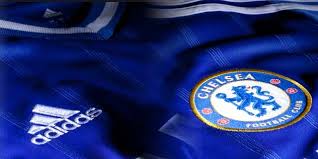 December 19 – The short-term impact of the early termination of Chelsea’s kit deal with Adidas has been made apparent, with the West London club announcing a big net loss of £70.6 million for the year to 30 June 2016.

The figure compared with a loss of £23.1 million for the year-earlier period. With the now once again high-flying club managing only a 10th-place finish in the Premier League, 2015-16 may be regarded as distinctly the worst of the Roman Abramovich era.

Chelsea said that it achieved record revenues of £329.1 million – up 5% – in the year under review, and that it generated a £4.7 million profit before exceptional costs.

Probably the most positive aspect of the figures was strong growth in commercial revenues, attributable to the shirt deal with Yokohama Tyres. More detailed analysis will have to await the arrival of the accounts at Companies House in the New Year.

It was announced in May that Chelsea and Adidas had agreed to end their deal six years early on 30 June 2017.  Nike will take over from that point, under an arrangement described as “the largest commercial deal in the club’s history”.

Reports at the time suggested that Chelsea believed they could get more than the £30 million a year they have been receiving from the German sportswear giant. When unveiled in 2013, the deal with the Blues was said to be the biggest in Premier League history. However, Adidas broke its own record the following year, when it agreed to pay £750 million over 10 years to replace Nike as sponsor of Manchester United – with certain conditions regarding Champions League qualification. The May reports put compensation agreed by Chelsea at around £40 million.

The club said it expected the new Premier League TV deals to push 2016-17 revenues to another record high, in spite of this season’s absence of European football.

According to Bruce Buck, chairman, the fact that the club recorded its highest revenues in a season when on-pitch performance was disappointing was “a credit to our hard-working, dedicated staff and the robust business they have helped build”.

“It has long been our aim for the business to be stable independent of the team’s results and we continue to reinforce that,” Buck said.

One marked contrast with the statement released at the corresponding juncture last year was the complete absence of any reference to Financial Fair Play (FFP) regulations.

Last year, FFP was referenced five times in a little more than 400 words, including once in the headline, with the club emphasising that, notwithstanding the loss, breakeven under FFP had been achieved.

With no European football, it is perhaps understandable if FFP is seen as less of a priority in the club’s public messaging this time around, although Insideworldfootball understands that the club expects to continue to comply with FFP criteria.