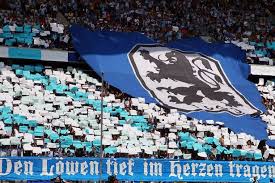 December 20 – Bayern may dominate Munich and Germany, but they are facing challenges. RB Leipzig, backed by Red Bull cash, is now a realistic challenger at the top of the Bundesliga, while locally 1860 Munich are showing signs re-emerging from the shadows thanks to the deep pockets of Jordanian investor Hasan Ismaik.

Ismaik wants to change that and last season the club came close. But Ismaik relationship with the club has not always been straightforward. He has complained of not being able to progress the structure as he would like to overcome the culture of under-achievement.

Those issues would seem to be clearing up with Ismaik pledging another €50 million on top of the €10 million loan he has already made. He is suggesting this could even rise to €100 million.

His first step to putting the structure right has been the appointment of Portuguese Vitor Pereira as the new coach. His second step will test the colour of his money and will involve bringing in new players.