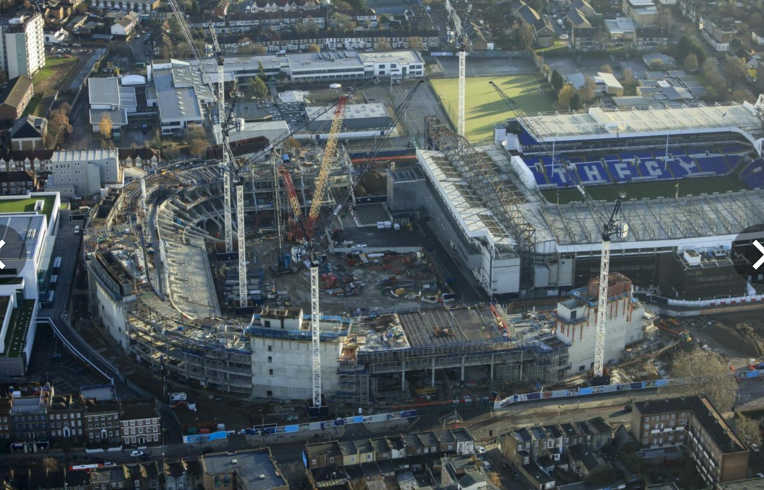 December 29 – It would be fair to say that Tottenham Hotspur are not having a love affair with Wembley, either on the pitch where they failed to get the Champions League results to take them to the knock-out rounds, or off it as they prevaricate over committing to playing Premier League games there in the 2017/18 season while their rebuilt White Hart Lane stadium is completed.

Spurs switched their European matches to Wembley this season to accommodate bigger crowds and the £400 million revamp of their own stadium reduced capacity to just over 30,000. The new stadium will have a 61,000 capacity.

The Wembley deal included an option to lay all 2017/18 league and cup games there while White Hart Lane is finally levelled and rebuilt for a planned 2018/19 season opening.

Meanwhile Spurs are committed to playing their Europa League fixtures at Wembley next year but have already slashed prices for their fixture against Gent on February 23 to £5 for some seats. General sale tickets are priced at between £10 and £25.

The club has only put 50,000 tickets on sale for the match. For their final Champions league game against CSKA they had a crowd of 62,000, a significant drop on the 85,000 who watched them play Bayer Leverkusen and Monaco.

That would appear to require Argentine manager Mauricio Pochettino to have an attitude change to the competition and play his strongest team and players in their strongest formation. Pochettino has at times displayed a disregard for doing this in non-Premier League competition, prepared to sacrifice those competitions (including the FA Cup) for league preparation.