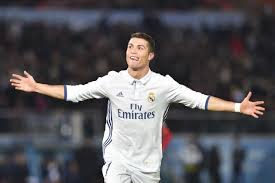 December 30 – World Player of the Year Cristiano Ronaldo turned down the chance to leave Real Madrid for a staggering 300m Euros to join the flow of expensive talent towards China according to his agent.

Jorge Mendes says Real were approached by an unnamed Chinese club for the Portuguese superstar who apparently rejected the €100 million annual salary on offer.

“The Chinese market is a new market. They can buy a lot of players, but it is impossible to go for Ronaldo,” Mendes told Sky Italia. “From China, they’ve offered €300 million to Real Madrid and more than €100 million per year to the player.

“But money is not everything. The Spanish club [Real] is his life.”

News of the offer made to European champions Real came on the same day Argentine striker Carlos Tevez became the latest foreign star to agree to move to China, joining Chinese Super League side Shanghai Shenhua from Boca Juniors.

No financial details were disclosed but media reports said Shenhua had paid €84 million for the former Manchester City and Manchester United forward.