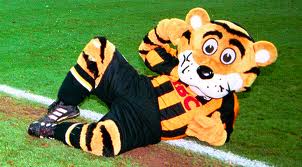 January 4 – Hull City became the fourth Premier League club to sack their manager this season and the first in 2017. Mike Phelan, appointed only 12 weeks ago, follows the departures of Francesco Guidolin and Bob Bradley from Swansea City and Alan Pardew from Crystal Palace.

Hull City are rooted at the bottom of the league and are a club in turmoil with Allam family owners desperate for a sale of the club and fans boycotting home games – the stadium was only 78% full for their last home fixture.

What will come first? A new manager, new owners or a fan return to KCOM Stadium.

Former Olympiakos manager Marco Silva has rapidly become the bookmakers’ favourite to take over from Phelan. This has come hand-in-hand with a rumour that the announcement of new owners is about to be made – the thinking being that Phelan has been cleared away in preparation for the new broom of the new owners and their new money.

With the increasingly unpopular Allams out of the club, fans would also likely return the KCOMM to full capacity. This week the Hull City Supporters’ Trust is encouraging members and fans not to attend the KCOMM Stadium in protest, instead giving their £12 admission fee for the FA Cup tie against fellow Premier League strugglers Swansea City to charity.

Phelan can perhaps consider himself unlucky as he started well with very little to work with, winning the Premier League’s manager of the month in August. But a run that has seen the club fail to win any of its past nine league games was ultimately his undoing.

Hull do, though, have a two-legged EFL Cup semi-final coming up against Manchester United – the first leg being at Old Trafford next week.

The march towards new ownership has similarly been a rollercoaster ride for the club. US businessman Peter Grieve seemed close to striking a deal at the end of last season before being gazumped by Chinese siblings Dai Yongge and Dai Xiu Li who saw their bid collapse in early September when they failed the Premier League’s ownership integrity tests.

In the wings has always been former chairman Adam Pearson who seems to have made something of a career of buying and selling the club. He is advising Greater China Professional Services Limited who filed documents to the Hong Kong stock exchange stating a conditional £130 million takeover had been agreed in October.

Since then things have gone quiet and Pearson, speaking on BBC Radio last week, said that there was an issue on valuation regarding whether the club would stay in the Premier League or not. The Allam’s acceptance of £130 million appears to be a long way away from actually receiving that sum in the current situation.