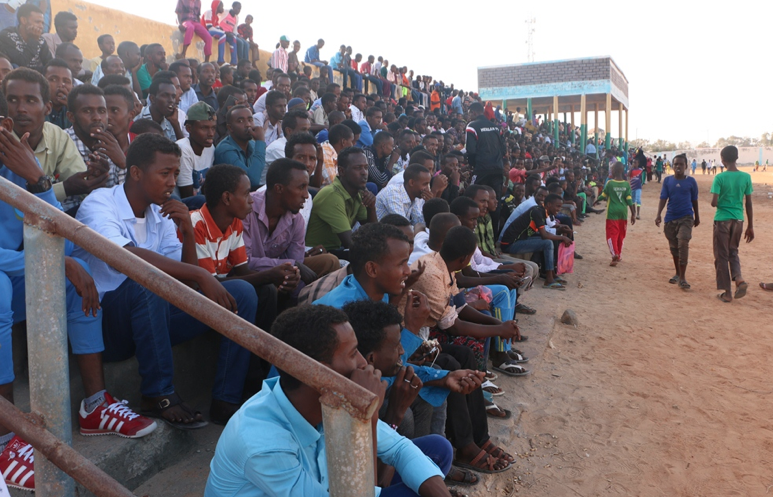 January 4 – The Somali Football Federation has inaugurated its first ever regional football league in the port city of Kismayo, about 500 kilometers south of the capital Mogadishu.

The opening game between Dowlada Hoose and Koban FC was watched by thousands of spectators including key government officials and football federation leaders. The match ended in a 2-2 draw.

“After a long time of preparations and spreading football knowledge across the country, we have finally launched the regional football league in Somalia which is one of our long-standing ambitions. I congratulate Jubbaland for becoming the first Somali State of the federal government to host a regional football league. This is an iconic history for the region,” said Abdiqani Said Arab said in a statement.

With leagues in other semi-autonomous states now in the final stages of preparation Said Arab outlined the next stage of the development pathway. “The teams who win in the leagues in their respective states will gather in the capital Mogadishu and will play a final tournament. Then the team who wins in that final tournament will be recognised as the Champion of Somalia’s federal States and will get top profile awards.”