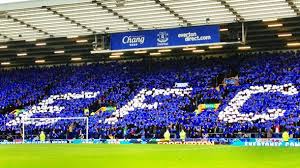 January 6 – Everton reported a £121.5 million turnover, £75 million in new revenues going forward and a big ambition for the future at their annual general meeting this week.

But the general feeling that these figures, good as they are in terms of the running of the business, are less important when looking at the overall picture of the club, the new money deals and its new shareholder Farhad Moshiri.

The new revenues of £75 million that include the naming rights for the club’s Finch Farm training ground and Academy. Russian based USM Holdings has agreed an initial five-year deal, commencing this month, that will see the Halewood training ground renamed USM Finch Farm.

USM is a private holding company and was founded by Arsenal shareholder Alisher Usmanov, a close friend of Moshiri who sold his shares in Arsenal to Usmanov when he took the Everton stake. USM has a diverse business portfolio across mining, housebuilding/property, internet and web technologies, as well as media.

Included in the £75 million is a new shirt sponsor though it was not confirmed if this would be a replacement for Thai beer company Chang – the new deal will be a three-fold increase on the current Chang sponsorship. Elstone said they were also in negotiation for a shirt sleeve sponsor as well as in negotiation with betting company Sport Pesa.

There was news on the much-needed move from the club’s Goodison Park to a new stadium. The club currently has 32,000 season ticket holders and Elstone said the 39,000 capacity stadium will likely be sold out for the rest of the season. But the future lies in the negotiation with Liverpool City council over a new waterfront stadium, and how that is funded.

Moshiri emphasised the importance of the new stadium to the club and that he had no intention of the club becoming a “museum” living on its past glories in an old and decaying stadium.

To make sure this doesn’t happen will require the support of the Liverpool council, which so far has been positive.

Elstone reported “solid progress on many fronts, most encouragingly in our partnership with Liverpool City Council and its desire to support our efforts to find the money to make the stadium viable.”

“We are optimistic about the new stadium prospects,” he said. “It’s an optimism tempered by some significant remaining issues that need to be resolved before we can move forward. But it’s an optimism founded on solid progress on many fronts, most encouragingly, progress in our partnership with the City Council and its willingness to explore options to support our efforts to find the money to make the stadium viable, the biggest challenge we’ve always faced.”

Elstone said that total wages had increased to £84 million in 2015/16. “As a percentage of turnover, they remain below the Premier League average. Projected wages are set to increase significantly in the current season, reflecting a further commitment to player recruitment and new contracts for existing players.

“It is worth pointing out that total wages are still projected to represent less than two-thirds of income, when adding back retail turnover, in the current season.”