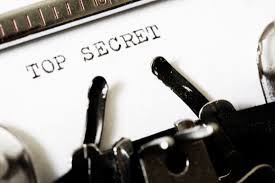 The Swiss Prosecutors are investigating the scraps that the US Department of Justice left with them. The DOJ used spooks to identify the bad men at FIFA. They didn’t just do this in the US where super-snitch Blazer was caught in his electric armchair on his way to yet another eatery. They did it throughout Europe, and one would now be permitted to assume also in Russia.

Mr Steele, who un-miraculously disappeared this week after – having already delivered ‘intelligence’ to the FBI already in 2011 and 2012, and more recently in 2016 and during the early days of 2017 – was a quality spook by all accounts. Yet, Mr Forsyth, author and former MI6 man himself, doesn’t think too highly of his colleague’s findings. Fact is, Mr Forsyth thinks that Mr Steele’s Trump reports are, well, something between bullshit and fairy-tale. Or maybe, quite simply, misinformation.

How Trump and FIFA were thrown into the same basket of “ordure” as the French would say (Mme Le Pen was at the Tower this past week to receive his blessings and deliver some urgently needed French wisdom), is actually quite entertaining: the same group of shadow-dwellers who were hired by that fabulous FA Chairman who later had to quit because he told a lover about Steely Dan’s tales (the famous Spain/Russia collusion to hurt England’s chances), are the very people who were now allegedly hired by some unhappy Republicans first, then listened to by the FBI to shed doubt and a touch of treason on the man who will be sworn in as President of the USA this week.

How on earth The FA got its fat little fingers involved in such matters as spying on competitors is one thing and frankly, this author couldn’t care less. But how that same FA raised its sanctimonious voice (in Parliament at that, hence without risk of prosecution for libel) and blamed virtually everybody else to be playing dirty, while resorting itself to hiring spooks…now that is a matter of some interest.

People familiar with the bidding process for any FIFA World Cup will tell the uninducted that the potential spoils for a winning bidder were so huge that they would use any and all means to win.

Allegations of corruption and bribery followed suit like bullets from a Gatlin gun, and it was always the Anglo-Saxon bidders who screamed and shouted loudest that the Russians, the Qataris, the Spaniards and the Japanese were playing foul, were bribing people, were corrupting the world. And even the poor Belgian doctor was accused of having accepted a (worthless) painting to return favours to Russia (which he has always fastidiously denied).

Sadly, as history now proves, those who shouted loudest were the biggest crooks, weren’t they? That sanctimonious English chairman who accused virtually anybody of misconduct failed to tell all, didn’t he? He forgot to tell an astonished world how he had hired spooks, how he relied on unproven information, gossip and innuendo. And if Frederick Forsyth is right in qualifying Steele’s report about Trump’s Trysts in Moscow hotels (the man would really have to have been an idiot to engage in anything but deep sleep in his suite) as a ludicrous concoction of hear-say and worse, then Steele’s stuff about FIFA, the Bids and other tales would possibly qualify quite similarly to being unadulterated bullshit of the third kind (meaning: Chairman’s Wet Dreams).

So far, all the crimes and corruption the FBI has laid its hands on was committed not in Europe, not in Russia, not in Zurich, not in Asia (well, maybe with one sad exception). All the crimes that gave rise to the self-appointed FIFA Slayer were committed in the USA – and in Latin America, in Central America and by one man on tiny Cayman.

No evidence has yet been published about serious wrongdoing by the Russians, the Belgians, the Spaniards, the Qataris or indeed the Japanese. None. But the fabulous FBI who moved about Europe as if it were a part of Manhattan, digging here and there, asking questions and surveilling people, came up empty handed – except of course in London, where that famous English FA’s disgraced Chairman spilled some questionable beans. There, in London, and as part of the special relationship, they found pay-dirt, discovered a new universe and encountered their own ilk: spooks who clearly care little about evidence but are quick to shoot first and think later. Fits.

What the various FIFA investigations have not as yet delivered, is guilt on the part of the US Bid. And on the part of the English Bid. Nobody seems to care – except of course Garcia who made a few comments very early on that were not welcome at all? What is now clear for all to see is that the English Bid was as dirty as they come. A Bid that preached transparency and hired spooks to infiltrate the competition. Some call that industrial or economic espionage. A Bid that hired the same (type of) people who later found themselves enmeshed in Murdoch’s News of the World scandals that ultimately led to the closure of that newspaper. A Bid also, that made it its motto to create narratives about the competition that were outlandish at best and violently nasty most frequently. A Bid that paid £20 million – for what exactly? And a Bid whose one top representative ran around Johannesburg complaining that he had found nobody to feed a slush-fund that was so dearly needed to win this damn Bid.

What will eventually be revealed by those who know and who have not spoken as yet, are the dirty little secrets that are buried in the vaults of a Bidding nation, which was so haughty and above all suspicion in its actions that it fooled everybody at some time. But here’s the deal: it did not manage to fool everybody all the time. Time has run out and Steele has run away. But the truth will catch them all.

And as the Chinese say: revenge is a soup best savoured cold.