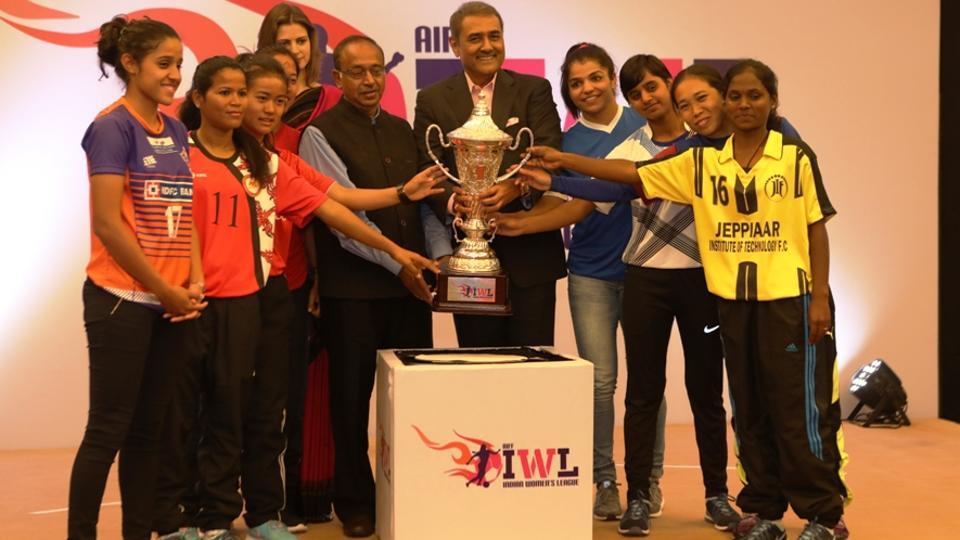 January 26 – Six clubs will participate in the inaugural Indian Women’s League, the IWL. Kolkata and Bengaluru have no representation, but the tournament may help to improve the standard of women’s football in India.

“Our women’s team is ranked 54th in the world, which is higher than the men’s ranking (129),” said AIFF president Praful Patel. “That means for the FIFA women’s World Cup in 2019, if we put in the right effort, our women’s team will have an outside chance of qualifying for the World Cup before the men. This in itself will be a huge achievement.”

That may be somewhat ambitious, but the league is envisaged by the AIFF as a platform for the development of the women’s game in the country. The IWL will comprise six teams, short-listed after two stages of competitions. Twenty teams from nine states took part in the preliminary qualifiers and nine qualified for the IWL preliminaries held in October.

The teams will play each other in a round-robin format, with the top four teams advancing to the semifinals. The opening match will be played at the Ambedkar Stadium on January 28, with the final to be held on February 14.

The short format of the competition, however, has eyebrows raised. The IWL also has no sponsors and won’t be broadcast on TV, according to media reports. But Patel voiced his confidence over the league and a possible expansion in the future. “Our aim is to have 16 teams soon,” said Patel. “We will request all the national clubs to have women’s sides too.”

The players have welcomed the announcement with open arms. “It will motivate the players to carry on the good work beyond the regional level,” said the captain of the Indian women’s team Bala Devi.  Earlier this month her team won the SAFF Championship and received Rs 25 lakh ($36,750)  in prize money from the AIFF.