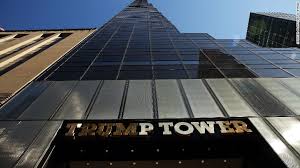 It’s still early days of course but legitimate questions are starting to be asked about the effect Donald Trump’s US presidency might have on the landscape of world football and specifically two huge issues: the 2026 World Cup and the FifaGate scandal.

Until Trump swept into power this week, it was widely assumed that the United States would be odds-on favourites to stage 2026 when the finals will be expanded to 48 teams.

That is probably still the case but with political tensions escalating with Mexico over Trump’s avowed intention to build a wall along the border, will America’s neighbour be quite as keen to share World Cup hosting duties?

CONCACAF boss Victor Montagliani said earlier this month that a three-way hosting in 2026, also involving his native Canada, was “a definite possibility” given that few countries can organise an enlarged competition on their own. Yet a shift in thinking cannot be ruled out.  FIFA president Gianni Infantino loves to preach that sport and politics don’t mix but he knows very well they often do.

If the controversial and highly provocative wall goes ahead, coupled with Trump’s plan to deport illegal immigrants, and his administration’s relationship with Mexico significantly deteriorates,  the likelihood of the US and Mexico becoming bosom buddies over World Cup collaboration may not be quite as palatable an idea even though Trump will not be running the White House by the time 2026 comes around.

World Cup bids need strong  government backing and it is difficult to imagine the USA and Mexico suddenly burying their differences for the sake of the world’s biggest sporting event.

As well as 2026, there is the bigger picture of the United States’ relationship with FIFA under the Trump regime now that Loretta Lynch, dubbed the FIFA Slayer, is no longer attorney general.

None of who have followed football’s biggest corruption scandal  will ever forget Lynch’s stunning appearance on the world stage when she launched those criminal cases that brought Fifa to its knees and ended the careers of a slew of seemingly untouchable powerbrokers.

“(The FIFA) case to me symbolises what we do at DOJ (Department of Justice), which is we look at things that affect peoples’ everyday lives,” Lynch told The Associated Press as she prepared to leave office. “Soccer is the most popular game in the world.”

With the first trials scheduled for October, Lynch insists her work is still ongoing, albeit under a different administration. But now that she has gone, will her successor Jeff Sessions have as much of an appetite to persue the wrongdoers and bring to justice others who may have been on Lynch’s hitlist?

As we wait to find out, the waters have been further muddied by the explosive though widely discredited Intelligence dossier collected on Trump’s past, allegedly drawn up by ex-British spy Christopher Steele and described by the new US president as “fake news”.

What has that, you might ask, got to do with football?

The answer is that it could well have the knock-on effect of pushing football corruption down the US priority list. Why? Because according to some reports, Steele – who must surely be persona non grata in US circles –   is reported some years ago to have provided the FBI with information on the activities of FIFA including possible corruption.  And we all know what happened next: the indictments of a string of FIFA-associated bigwigs.

It was Steele’s work on corruption in international football that reportedly added credence to his claims of Trump’s activities in Russia. It doesn’t therefore take a university degree to work out that the US intelligence services, whose relationship with Trump is already strained, may not exactly be encouraged to step up their activities into FIFA as a major priority.

Which could spell good news both for those awaiting trial and, especially, for any as yet unknown further suspects who may have been on the radar of the US justice authorities under Lynch but might now find themselves sleeping more easily.

It could also spell good news for Gianni Infantino as he tries to put FIFA’s toxic past behind him and improve the organisation’s image. Let’s face it: Lynch rocked FIFA’s boat like it had never been rocked before. Remember her chilling words back in May, 2015? “Rampant, systemic, and deep-rooted corruption.”

One can only hope the current US administration also remembers that and keeps its foot on the pedal in rooting out further miscreants. And that the motivation to investigate is driven by a strong feeling of justice, rather than political opportunity or money raising.

But don’t bank on it.