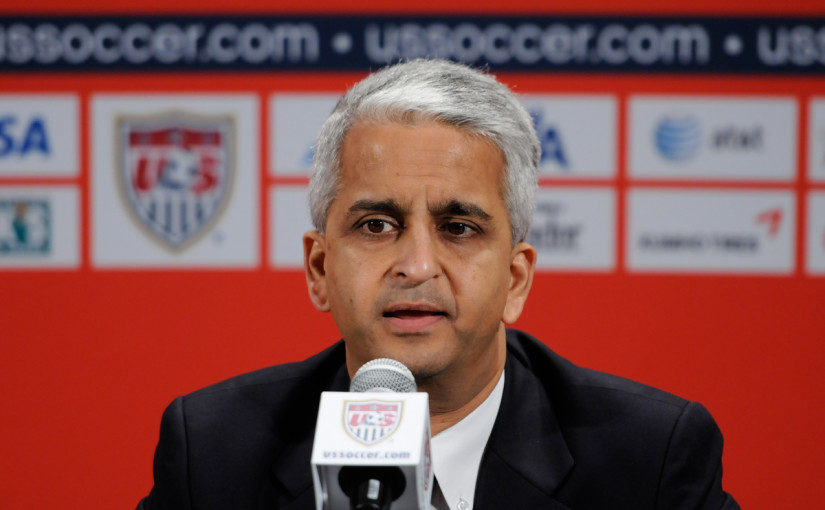 January 31 – As global condemnation of Donald Trump’s executive order on immigration intensifies, U.S. Soccer president and FIFA powerbroker Sunil Gulati says his country still hasn’t yet made up its mind whether to bid for the 2026 World Cup.

The United States are regarded as a shoo-in for 2026, most likely joint hosting with Mexico or Canada, or both, but Gulati is taking a cautious approach as to how Trump’s policies – and in particular the ban on refugees from seven countries though tellingly not Saudi Arabia – will  impact on sport.

“Sports obviously involves international movement and free movement of players, of ideas,” Gulati was quoted as telling reporters in a briefing at half-time during the 0-0 draw with Serbia in a friendly on Sunday.

“We haven’t made any commitments about ’26. The rules still haven’t been completely clarified, although more of them are now known in terms of numbers of teams, joint bids, but the process is still very much up in the air. Until we know more about that we’ll sit tight.”

While Gulati sat on the diplomatic fence, U.S. captain Michael Bradley denounced Trump’s actions in a message posted on his Instagram account, saying he was “sad and embarrassed.”.

“When Trump was elected, I only hoped that the President Trump would be different from the campaigner Trump [and] that the xenophobic, misogynistic and narcissistic rhetoric would be replaced by a more humble and measured approach to leading our country,” wrote Bradley. “I was wrong. The Muslim ban is just the latest example of someone who couldn’t be more out of touch with our country.”