February 1 – Manchester United broke the 10 million Twitter follower barrier, while Arsenal moved past 9 million last week. In contrast, at the other end of the table Middlesbrough crept past 200,000 followers and Bournemouth hit 250,000.

Lower down the table Spurs, in sixth position, put on 16,500 followers, beating their average weekly growth figure. They had a lead of more than 10,000 for the week over next placed Stoke City.

When it comes to tweets, Southampton with 370 led the way while a resurgent Hull were second with 330. Both teams had big EFL Cup semi-final wins mid-week with Saints going on to the final after beating Liverpool, but Hull failing to progress despite beating Manchester United at Old Trafford. 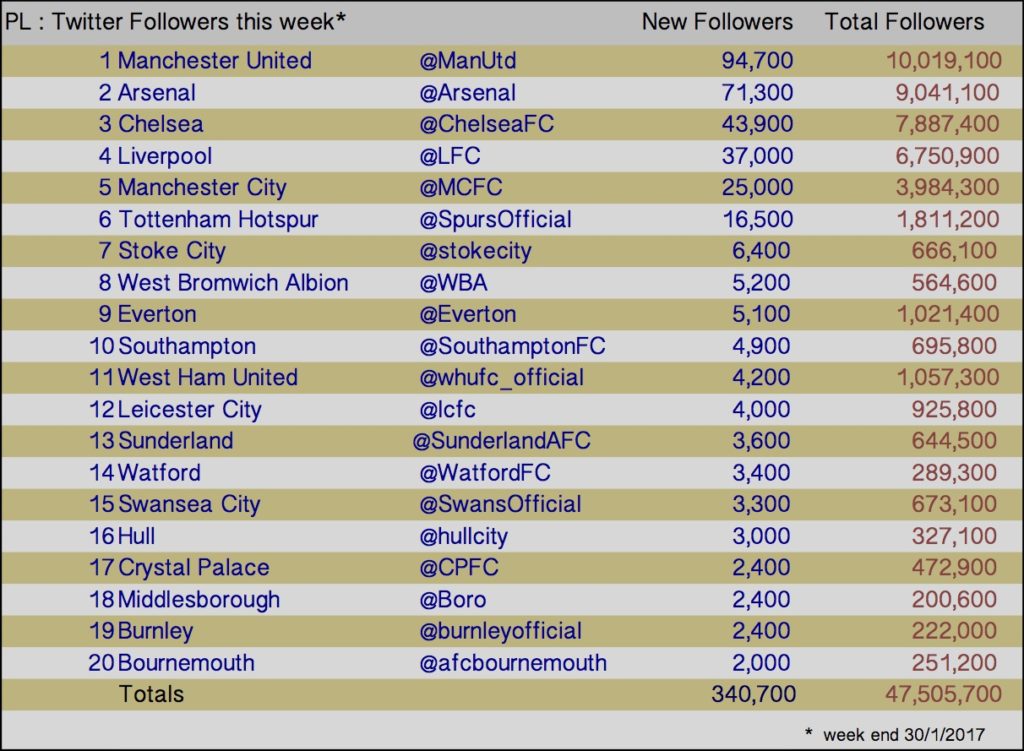 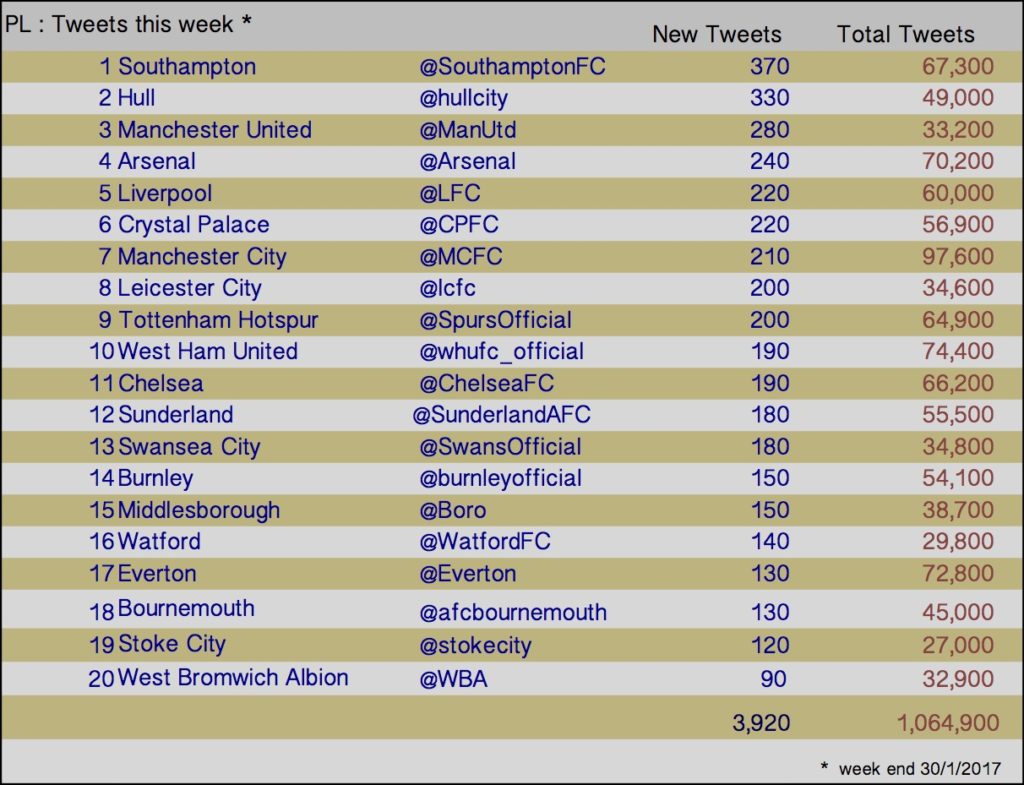