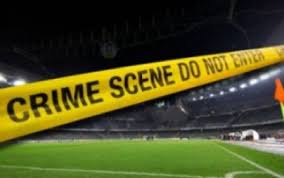 February 7 – The Cyprus Football Association (CFA) has fined two top flight teams €50,000 each after they were implicated in suspicious betting activity.

According to local reports, Karmiotissa Polemidion and AEZ had been probed by UEFA for activity that strongly suggested match fixing.

The first file concerned the January 22 league fixture between Apoel and Aez, which the home team won 7-0. Apparently there were a number of bets in favour of Aez trailing by at least five goals at half time – which is exactly what happened.

AEZ denied any involvement but their claim was rejected by the CFA’s judicial department.

“Specifically, this game was manipulated by Aez to make financial gain, deliberately losing with five goals difference during the first half,” ruled judge Aristotelis Vryonides.

The second probe concerned a January 18 cup game (second leg) between Karmiotissa and AEZ Larnaca. Bets were being placed on Karmiotissa losing by at least a five-goal margin. The result was 6-1 to the visitors.

The sanctions came a couple of months after CFA boss Costakis Koutsokoumnis announced sweeping measures in a bid to eradicate match-fixing, under pressure from UEFA.

In an unrelated matchfixing incident in eastern Europe, the players themselves took a stand in a recent friendly between Romanian side Astra Giurgiu and Pogon Szczecin of Poland.

Players on both sides suspected that the referee was attempting to fix the score after several questionable decisions – not least the award of three penalties.

The spotkicks were deliberately missed just in case there had been an attempt to rig the score by the officials.