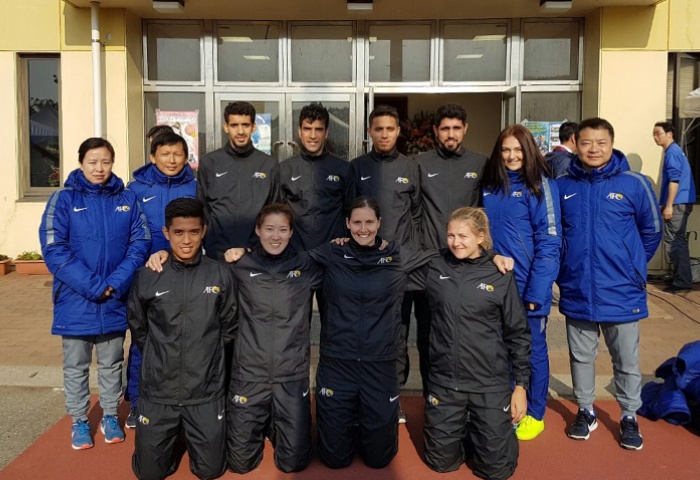 March 22 – The Asian Football Confederation (AFC) completed its third accelerated learning course for referees in Japan on Monday. Designed to identify and speed up the development of refereeing talent in the region, the two-year programme aims to graduate more officials to FIFA standards.

During the course the eight participants, who were selected based on the previous two development courses conducted in Kuala Lumpur in 2016, had previously taken charge of local games at the Football Association of Maldives’ Dhivehi Premier League, FA Cup and U-21 Youth Championship.

The AFC launched this referees programme in 2007 with AFC instructors identify promising referees at the AFC U-14 Regional Festivals of Football and the AFC U-14 Girls Regional Championship. to be recruited into the two-year programme. The current eight participants were selected based on the previous two development courses conducted in Kuala Lumpur in 2016.

The AFC has taken a number of steps to boosts the level of its match officiating. Earlier this month it held its first Additional Assistant Referees (AAR) course in Doha, Qatar. This course is aimed at strengthening the decision-making process, particularly in the penalty and goal-line area with the introduction of video playback.

The course was the first time AFC referees have had the opportunity to examine the protocols of the new Video Assistant Referee (VAR) system which will be piloted in the knockout stages of the AFC’s flagship club competitions this year.