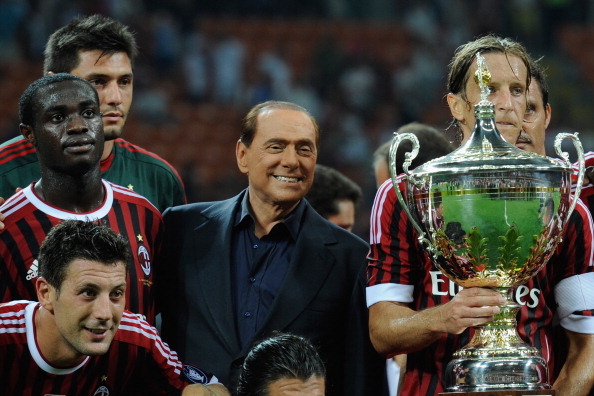 March 27 – There has been another wrinkle in the sale of AC Milan with the date for completion now being set for April 14. The buyer will no longer be Sino-Europe Sports and the money will not be coming from China, but the owner will be Chinese.

The €740 million sale of AC Milan was long-planned to be made with Chinese investment via the Sino-Europe Sports company, established as a vehicle to own the club. But with the Chinese government going cold on money leaving the country for high-sales-ticket European football clubs –AC Milan would have easily been the biggest buy to date – backers for the fund evaporated leaving businessman Yonghong Li out on his own.

Li was already €200 million into the acquisition having provided two non-refundable €100 million deposits already. But with other Chinese backers unable to join the consortium he has shut down Sino-Europe Sports and ploughed the money into a new holding company, Rossoneri Sport Investment Lux, based in Luxembourg.

Li was faced with following his own money with more to make the sale, or walking away and losing €200 million. It is believed he even supplied a further non-refundable €20 million to secure an extension when the last deal closure deadline was missed.

The new structure has been agreed by Fininvest holding released a statement this evening confirming that “Rossoneri Sport Investment Lux have perfected the agreements for the disposal of all the necessary funds to finalise the acquisition.

“Following a deep analysis, a new structure has been worked out, completely external to China, to help bring the transaction to a successful conclusion.

“The new entity that has formally taken the place of SES in the operation is Rossoneri Sport Investment Lux, controlled by Yonghong Li.”

Li is the only shareholder remaining and will finance his takeover with loans and offshore accounts. He will presumably also be looking to attract investors alongside him though it seems unlikely that Silvio Berlusconi, the owner of AC Milan, will remain.

Berlusconi has previously said he would be happy to remain as club owner and he could have walked away from the sale with Li’s €220 million, though it appears that he would rather have the remainder of the deal money that a minority stake in the club.