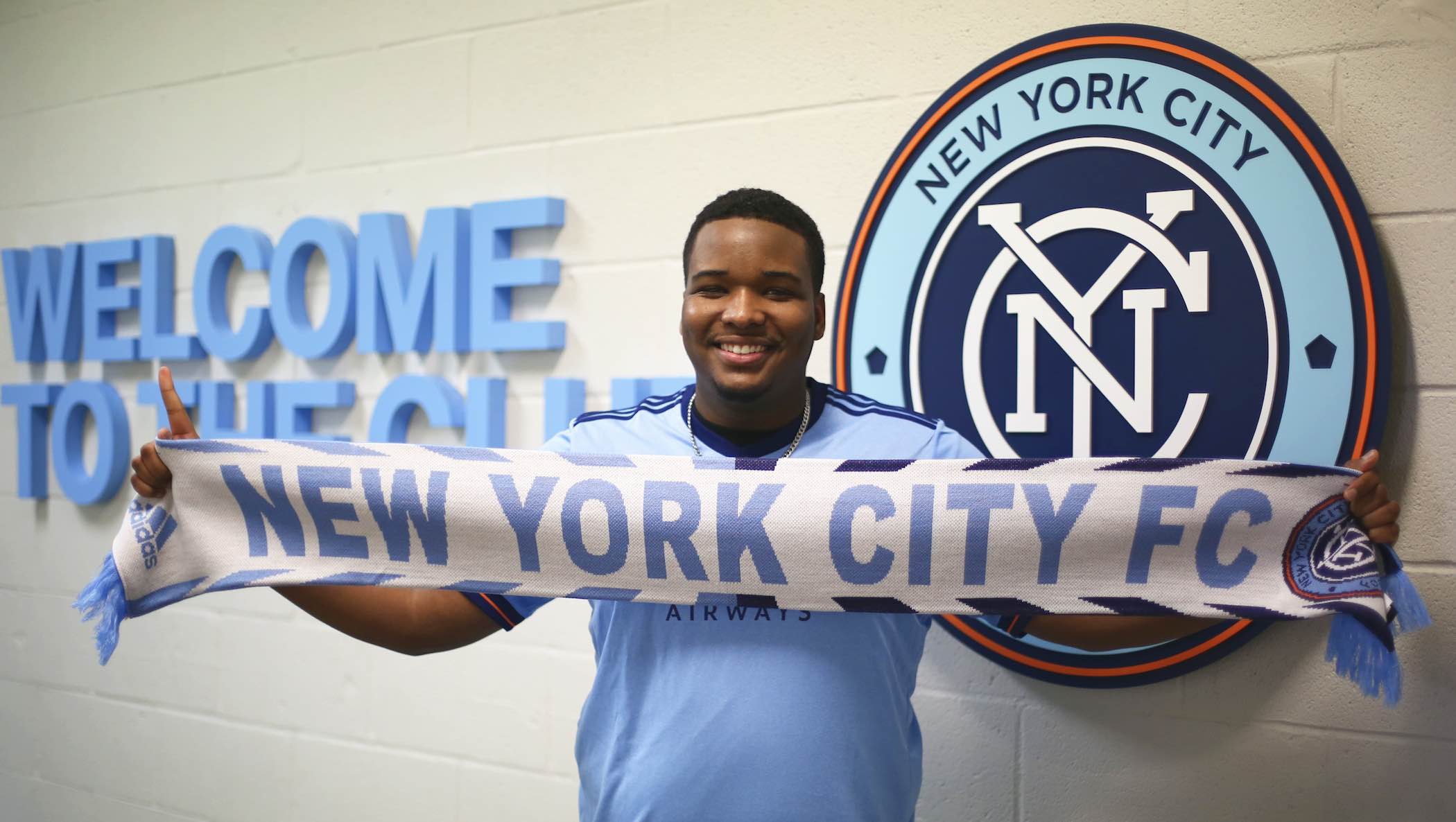 April 6 – New York City FC has become the second of the City Football Group clubs and the first in the MLS to sign an eSports player top play competitively under the club brand and in club colours.

Christopher Holly – ranked third in the FUT Champions Leaderboard (for Americas PS4) with a win-loss record of 191–9 and ranked first worldwide last December with a record of 197-3 – will represent NYCFC in FIFA tournaments and championships across the globe.

eSports has seen 43% revenue growth year on year with EA Sports FIFA game having more than 5 billion matches played globally annually. CFG see eSports as an opportunity to engage on a different level with fans and potential new fans.

“At New York City FC, we are always looking for new ways to innovate and get closer to our fans,” said Gigliani. “Christopher will play EA Sports FIFA at gaming tournaments around the world and challenge NYCFC fans pre-match as well as our players. We’ll also be creating content and livestreaming on platforms like YouTube and twitch.”

Holly, who plays on average 25 hours a week, said: “I would describe my game as mostly freestyle. I don’t really have a set play; I adjust to what my opponent does.

“For people who want to get better at FIFA, my advice is to keep practicing, watch videos of other pro players to see what they do and try to implement that in your game.”