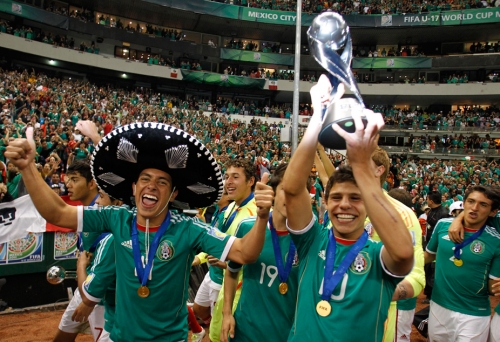 April 13 – Mexican players and commentators have reacted with irritation verging on anger at the decision to hand the country only 10 of the 80 matches at the 2026 World Cup if the tournament, as expected, goes to CONCACAF.

The prospective tripartite candidacy between the United States, Canada and Mexico was officially announced on Monday with the US, hosts in 1994, taking the bulk of what will be the first expanded finals.

Mexican legend Hugo Sanchez, who starred for Real Madrid, said his country “must not accept crumbs.”

Mexican federation head and CONCACAF vice-president Decio de Maria says he is excited by the deal which was always going to favour the US with its advanced sporting facilities.

But Ricardo Ferretti, Brazilian coach of leading Mexican club Tigres UANL, considers that Mexico has “all infrastructure, economic capacity and the public to organize a World Cup alone” and should not be content with “the small part of the cake ”

One of the country’s most outspoken commentators Andre Marin went even further.

“It’s a joke,” he said, describing US Soccer boss Sunil Gulati, as “the strong man of the United States.”

“It’s disrespectful for Mexico to have only 10 games.”