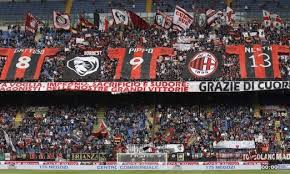 April 18 – New owner, a new stadium and a new stock market listing. AC Milan has completed one of the three with the new owners promising that the other two are on the cards.

Speaking just after the deal to buy the club from former Italian prime minister Silvio Berlusconi for €740 million was complete, new club chief executive Marco Fassone said that the club needed its own stadium – it currently shares with Inter – and that further finance could be raised from a stock market listing.

AC Milan currently rents the 80,000 capacity San Siro from Milan city council, but Fassone maintains that owning either the San Siro or building a new stadium would give the club the opportunity to maximise match day revenues. The emphasis is on controlling the club’s revenue streams directly.

Listing on the stock exchange was said to be a possibility in terms of raising required finance for stadium ownership,  but no timescale or full commitment was given.

AC Milan is now 99% owned by a Luxembourg-based vehicle, Rossoneri Sport Investment Lux, which is controlled by Chinese investor Li Yonghong. Fassone said Li was the only shareholder and said he did not know if there would be other shareholders brought into the ownership.

He did say that AC Milan would create a China-based company for marketing, licensing and commercial operations.

At the weekend the Milan derby was moved to a 12.30pm kick off – primetime in China. Both clubs have Chinese ownership. And with the match ending in a 2-2 draw, honours were even.