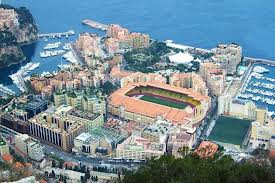 May 9 – Monaco have completed their takeover of Belgian club Cercle Brugge. The French purchased Brugge as a part of their youth development strategy, but also want to steer the club back to the Belgian top flight.

Cercle Brugge have sold a majority stake in the club to the Ligue 1 leaders. The takeover deal was the result of months of negotiations. A statement read: “AS Monaco and Cercle Brugge are pleased to announce the acquisition of the Belgian second division club by the Monegasque outfit.”

“The General Meeting of Cercle Brugge shareholders unanimously voted in favour of granting a majority stake to AS Monaco. The project will contribute to the club’s sporting growth as part of its youth development policy. “Cercle Brugge was founded in 1899 and is one of Belgium’s historic clubs. Its core values and character will remain fully intact.”

On Tuesday Monaco take on Juventus in the Champions League semi-finals, facing a 2-0 deficit from the first leg and if there is little chance for the team of the principality to reach the final, Monaco have still impressed this season with a team of budding youngsters.

Kylian Mbappe has been dubbed the next Thierry Henry. He has scored 24 goals in 39 appearances in all competitions this season and Monaco’s acquisition of a majority stake in Cercle Brugge will likely see some of the forward’s fellow young prospects head to Belgium for first-team experience.

“In the last few years there was little stability: financial, organizational and sporting,” said Cercle Brugge chairman Frans Schotte. “We recognized the problem and now offer a solution. It’s a historical change, but it became clear that we share the same values and goals.”

“We want to return to the top flight with Cercle Brugge as soon as possible,” commented Monaco CEO Vadim Vasilyev. “That is where they belong.”

In Ligue 1 Monaco are three points clear of Paris Saint-Germain at the top with a game in hand over last season’s champions.  Brugge finished sixth in Belgian’s second division. They are currently managed by former Charlton and Blackpool boss Jose Riga – who oversaw the Addicks fall into League One.