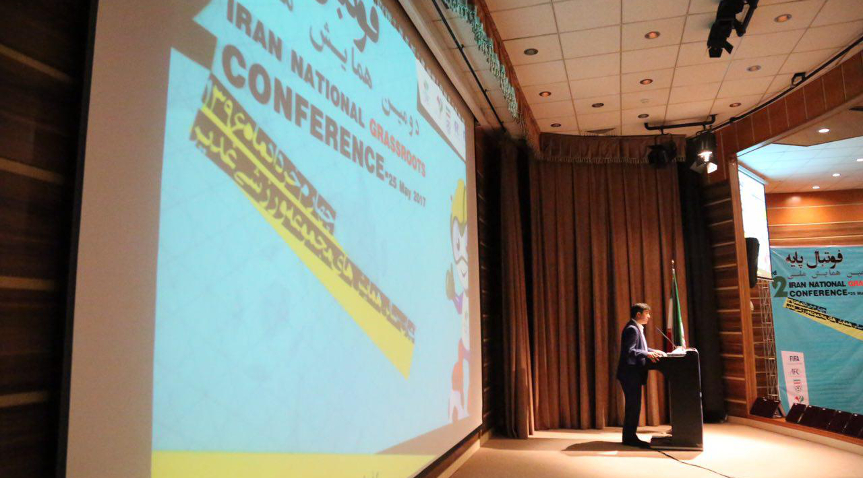 May 31 – The strength of football in Iran was out evident again at the weekend when the Iranian football federation (FFIRI) held its second Islamic Republic of Iran National Grassroots Conference in conjunction with the Asian Football Confederation’s (AFC) Grassroots Football Day with more than 600 grassroots coaches and managers from across the country present.

If proof was needed that a powerful grassroots programme brings results at the highest level then Iran is the Asian example. The country has been leaving a significant mark on both youth and senior competitions on the world stage in recent AFC and FIFA competitions.

Its senior men’s team is top of its AFC World Cup qualifying group, four points clear of its nearest rival Korea with three games to play; the country took third place in the recently completed Beach Soccer World Cup in the Bahamas; its U20 men’s team narrowly failed to make it to the last 16 of the World Cup currently taking place in South having beaten Costa Rica but then losing to Portugal by a goal. Later this year its U17 team will compete as one of the AFC qualifiers at the U17 World Cup in India.

Now the Iranians are targeting the growth of the women’s game with Head of Iran Grassroots Committee Mostafa Zarei who opened the conference saying: “The main aim of the Committee is to promote and increase the number of participants in football, especially women’s grassroots football.

“We hope that our current plans and programmes will lead to a twofold increase in the participation of women in grassroots by the year 2020.”

AFC Grassroots Panel member Anders Krystad spoke about the upcoming AFC Grassroots Charter and how it can be used as a tool to improve grassroots programmes and the criteria, key concepts and financial support required to develop grassroots in Asia.

“Gathering 600 coaches and leaders to discuss the future of Iranian football proves commitment. I am also impressed with the quality of the presentations, they were all up-to-date which represents a modern and forward looking MA,” said Krystad in his closing remarks.

“I wish Iranian football the very best, and am assured that the FFIRI will take the necessary steps to implement the AFC Grassroots Charter.”