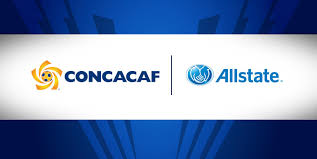 June 6 – CONCACAF has signed the Allstate Insurance Company as its Official Insurance Sponsor for all championships for the next four years. No figure has been disclosed for the deal that also included four-year renewals of deals with the MLS and the Mexican national team’s US tours.

Allstate will begin with the confederation’s blue riband national team competition the Gold Cup that kicks off this month. The sponsorship also covers the CONCACAF Cup, the regional Futsal and Beach Soccer Championships, as well as age-group championship and World Cup qualifying events. It also covers the CONCACAF Champions League and the newly launched Scotiabank CONCACAF League.

Allstate is no stranger to football, having sponsored the Mexican National Team (FMF) since 2007 and MLS since 2011 as well as getting involved in various local community initiatives including the U.S. Soccer Foundation’s Passback program to collect and redistribute football equipment to young athletes in underserved communities throughout the country ahead of select US national team and MLS matches.
It is unclear how the revenue split breaks out between the three different football bodies – CONCACAF, MLS and the Mexican federation. The sponsorship was sold by Soccer United Marketing (SUM), which represents all three bodies and appears to have been sold as a package. It is the first time Allstate has taken a regional sponsorship.

“For years, Allstate has proved itself to be a committed partner in the development and growth of football across the U.S. and throughout the region,” said CONCACAF General Secretary Philippe Moggio. “As Allstate continues to raise the bar on engaging fans and communities by harnessing the growing influence and passion inherent in the game, we are pleased to expand our partnership with them across our championships.”

Jennifer Cramer, Vice President of Soccer United Marketing, MLS’ commercial arm, said:  “We believe that their partnership with the CONCACAF property will only enhance their property portfolio with Major League Soccer and the Mexican National Team developing an even deeper relationship with the fan.  We are excited to grow the sport of soccer with them for many years to come.”