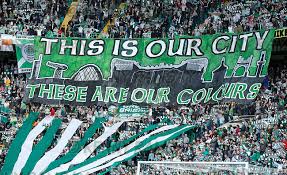 June 9 – Scottish Premiership treble winners Celtic have announced that they have “smashed the 50,000 barrier for season tickets sold for the coming 2017/18 season.” The club did not lose a league game under new manager Brendan Rodgers last season.

The club said that: “There remain some seats available which fans on our waiting list are now also taking up. Anyone still wishing to access a season book through the waiting list process, should contact the Celtic Park Ticket Office.”

The season ticket sales ae a huge turnaround from two seasons ago when the club opted to close the upper Lisbon Lions stand at Celtic Park. Celtic Park has a capacity of 60,832.

However after the arrival of ex-Liverpool boss Rodgers and the record breaking run the club had in domestic competition last season, stay-away fans have returned in their thousands.

“There is much to look forward to at Celtic Park, with an early unfurling of our sixth consecutive Scottish Premiership flag, the team will be defending an historic domestic Treble and in July we will begin our journey again to reach Europe’s top table – the UEFA Champions League – for the second year in a row,” said the club on its website.

“We are delighted that so many fans want to share in this exciting season and everyone at Celtic would like to sincerely thank our season book holders for their continued commitment to the Club. As ever, we will be doing all we can to ensure that it is another successful season.”