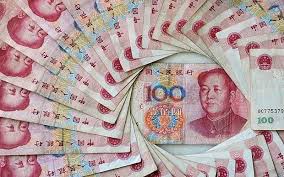 June 12 – If there was a World Cup for mergers and acquisitions in football, China would win it. Over the last three years Chinese investors have spent €2.1 billion acquiring non-Chinese football assets outside the country.  Second placed USA spent just €313 million over the same period.

The figures come from cross-border M&A adviser ThinkingLinking and its SportsLinking division. Their study looked at 201 investments by 41 countries worth a total of €4,087 million during the 2014-2016 period.

Mark Dixon, ThinkingLinking’s Chief Thinking Officer, said: “China’s sprint to the top of the league is extraordinary. But what’s more astonishing is that it scored more than all the others added together.”

“Never has one country risen so fast in the league, nor left the others so far behind. China has without question won the M&A Cup.”

Dixon points to the scale of the country’s ambition that has made such a dramatic and immediate impact in the football sector. “China just decided to do it – both at the government and company level,” he said. 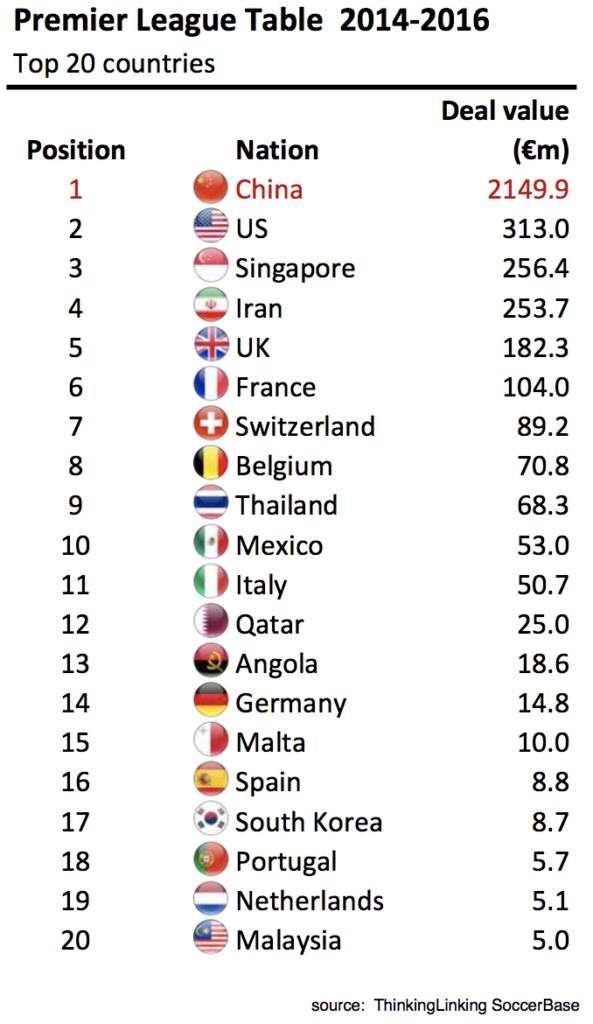 A key reason for the dominance of the Chinese is the size of the deals they complete. “When the Chinese win, they score big,” said Dixon. The average size of Chinese investments, at €126 million, was five times larger than other countries.

A reason for this is that generally China targets top league clubs which are not only prestigious to own but are the only ones known by Chinese fans. The study says this happens 63% of the time versus 49% for investors from other countries.

Price is also affected by the Chinese wanting control of their acquisition – a factor that is in 80% of their deals versus 70% for other investors. The study says that control is important to allow the knowhow to be brought back to China.

That the buying spree is an ‘in-China’s-interests’ initiative is perhaps echoed by the number different sources of investment funding. The study notes that “the number of Chinese industries involved in buying clubs was broader than other countries. Western investors have typically been from businesses already involved in soccer or other sports team owners and private equity groups. Outsider sectors (synergistic and non- synergistic investors) made up 25% of the players. But for Chinese investors, outsider sectors made up 65%.”

China’s government objective is to be a world football superpower by 2050. While there has been a slowdown in the number of big money transfers and government eyebrows raised at some of the prices paid for European clubs – AC Milan’s €740 million deal with Sino-Europe Sports being the most high profile – the signs are that the spend at the right price will not disappear as past as it arrived. Chinese buyers are currently circulating around three clubs: Southampton, Parma and Crystal Palace. 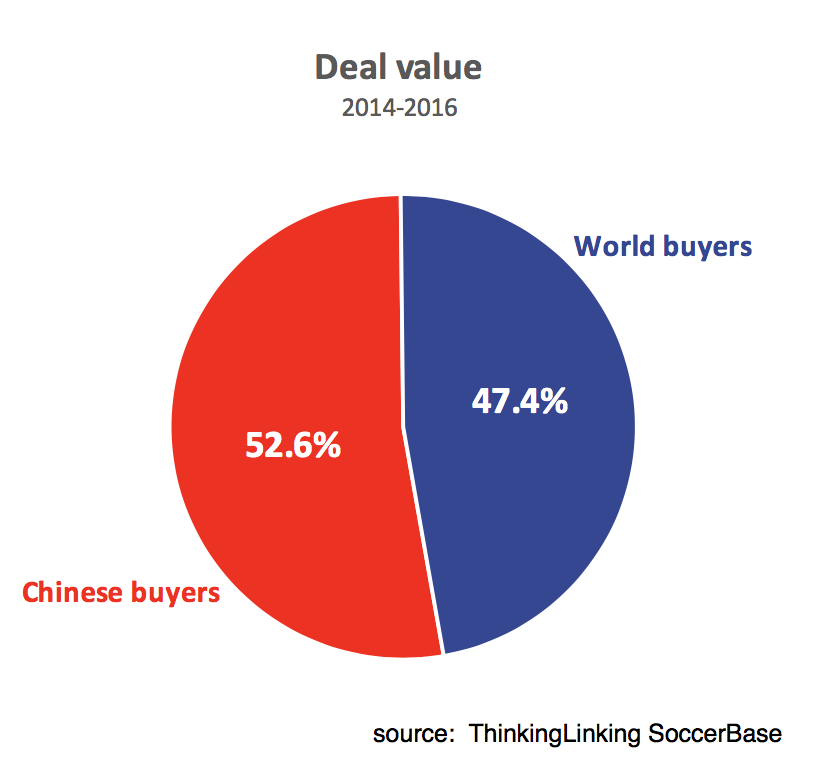 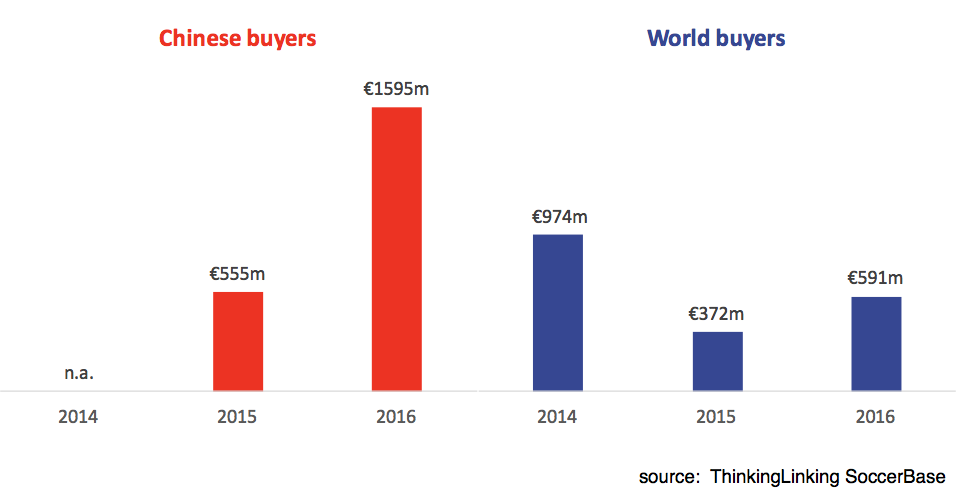 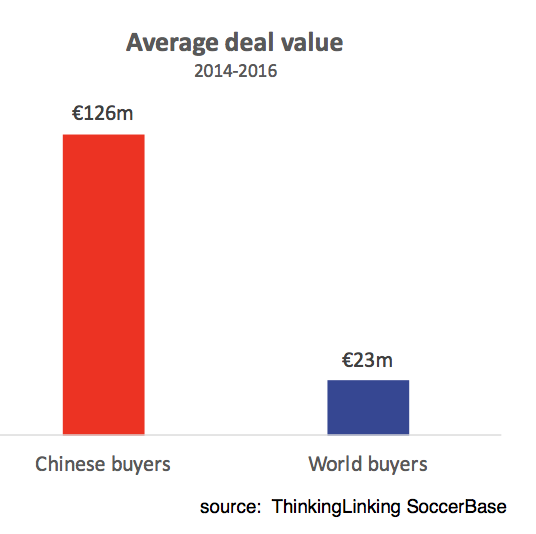