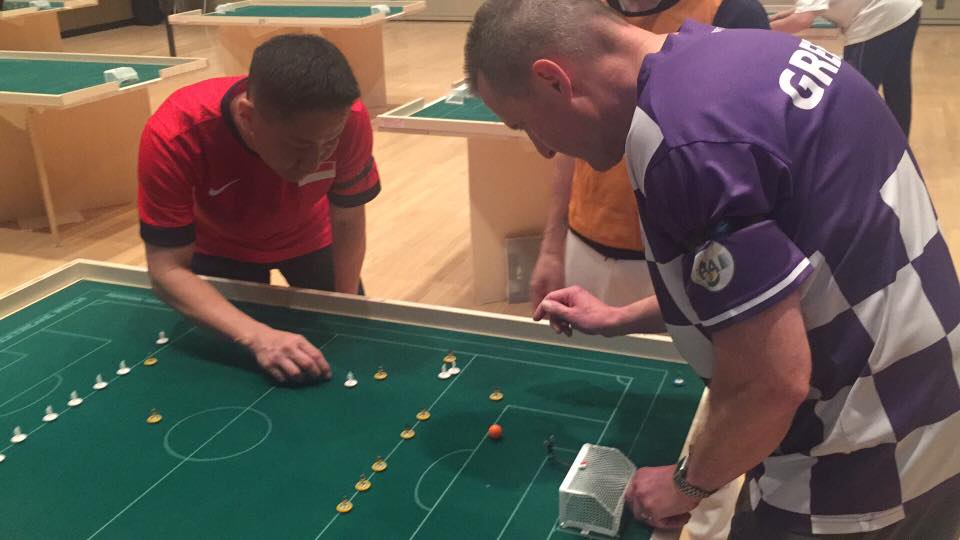 June 13 – The rapidly re-growing sport of Subbuteo – the table football game where players use their fingers to move figures on the pitch to score goals – is adding a new regional confederation in Asia to help develop the sport in the region.

The world governing body – The Federation of International Sports Table Football (FISTF) – will now have regional confederations in Europe and the Americas (covering the north and south).

Japan’s Kenzo Koi will be the Confederation of Asian Sports Table Football Associations (CASTFA) inaugural president for an initial two-year term. The agreement to form the confederation was signed between the federations of Australia, Japan and Singapore.

“We want to do as much as we can to develop our sport across the Asian region, including helping form associations in other countries and we want to develop the Asian Cup of Table Football into an even more important event in the region, and the focus of all players.”

The announcement was made at the 3rd Asian Cup of Table Football in Singapore. The next Asian Cup will be held in Melbourne in 2018.

Subbuteo is the brand name for the game equipment that has captured the imaginations of generations of football fans, though the Hasbro brand ceased manufacturing new game sets in the early 90s bar occasional special editions. At this point the competitive side of the game was handed over to the players to organise.

In 2012 a relaunch of the Subbuteo brand at the London toy fair with former Liverpool and England player John Barnes as the brand ambassador, helped stimulate an already thriving game playing community.

This year FISTF celebrates its 25th anniversary, while Subbuteo celebrates 70 years. Alan Collins, president of FISTF, says the speed of growth in recent years has been rapid and is not stopping. “We have 2,500 players in our world ranking, and more than 5,000 players worldwide who play competitively. These are serious players on top of a pyramid of many more casual players. The growth has been phenomenal and isn’t stopping.”

FISTF is in discussion with UEFA and FIFA about game development and promotion. It already has more than 30 registered federations worldwide and its world championship this September in Paris will see 300 of the world’s best players from Brazil to Japan to Europe compete for the world title. All have qualified over the past 12 months through their country qualifying rounds.