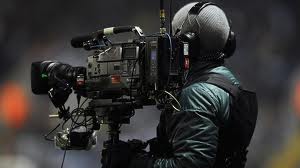 June 15 – The English Football League (EFL) is expanding its broadcast platform for its three professional from next season with the launch of the iFollow service for overseas markets. Matches already being broadcast outside the UK and Irelands will not be available on iFollow. More than 1,500 games will be streamed digitally.

Broadcast in HD quality, subscribers will pay £110 per season for the service.

An EFL survey of over 1,600 fans showed that 73% would be very likely or quite likely to subscribe to a live match streaming service and almost half would be happy to pay an annual subscription fee to do so. The findings suggest over 55% of the EFL’s fans are located in the United States, Canada, Australia and New Zealand.

The streaming service potentially opens up a significant new revenue stream for the EFL and its clubs. With traditional broadcast media undergoing significant change in its approach to buying sports rights, the EFL move could signal the start of an expected move in the industry towards shifting all their rights to streamed subscriber or pay-per-match digital services.

61 of the 72 EFL clubs have signed up to the iFollow platform with the other 11 – including Aston Villa, Bristol City and QPR – remaining with their existing digital streaming suppliers.

Drew Barrand, marketing director at the EFL, speaking The Drum, said: “In essence, we’re becoming a broadcaster…You only need to look at the last round of broadcast deals to see the strength of our current rights with the value up 68% on the previous round. The package of games we were giving our overseas broadcasters was more than enough to fill what their requirements were and that essentially left 1,500 not being used by anybody. That’s where the opportunity existed.”