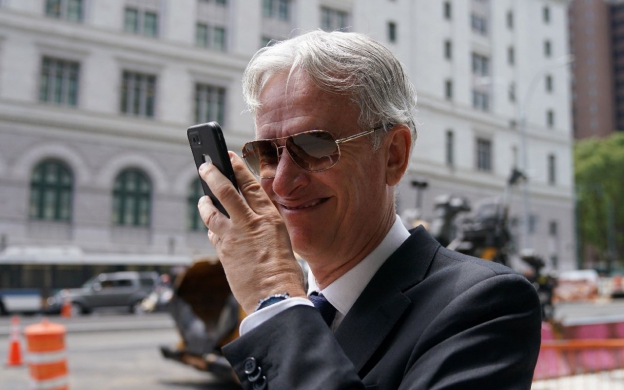 June 16 – Jorge Luis Arzuaga (pictured), an Argentine national and former managing director at Swiss bankers Julius Baer, pled guilty to money laundering conspiracy in the Brooklyn federal court on Thursday, admitting to arranging transfers of over $25 million in bribes and kickbacks from 2010 to 2015.

For their part, Swiss authorities this morning issued a press release confirming they had found “a former employee of a Swiss bank” guilty of document forgery and a violation of duty to report but concluded proceedings in order to avoid a double penalty as the offender “has already pled guilty in the USA.”

As part of a plea deal, Arzuaga, who has been successfully flipped by US prosecutors, has promised to pay $1,046,000 in improper payments he received over to US authorities. He has also forfeited $650,000 to the Swiss general treasury which in the latter case represents payments unlawfully obtained as a result of the offences.

Arzauga expressed regret saying: ”I’m ashamed and I wish I could express in words what I feel. I’m deeply sorry for what I did.”

He has been released on a $1.5 million bond and is due to be sentenced on 4 January 2018. His role in the corruption scandal was, as an employee of Credit Suisse until 2012, and at Julius Baer from 2012 until 2015, to facilitate payments between Argentine Alejandro Burzaco, who was at the time CEO of sports marketing company Torneos y Competencias and Julio Grondona, a FIFA vice-president and president of the Argentine soccer association who died in 2014.

The payments were reportedly made in order to secure the broadcast rights for matches including the Copa Libertadores, Copa Sudamericana, the Copa America, various editions of the World Cup and several friendly matches.

US Attorney Bridget Rohde said in a statement following Arzuaga’s plea: ”By facilitating the flow of bribe money through the Swiss and American banking systems, the defendant provided a critical service to those involved in corruption in international soccer.”

Torneos y Competencias has already pled guilty and settled the case against them by promising to pay US authorities $112.8 million.

Julius Baer itself has already promised to pay US authorities $547 million under a deferred prosecution agreement in an unrelated cases after admitting helping American clients evade taxes and hide billions of dollars in offshore accounts. Julius Baer denies being aware of or involved in Arzuaga’s use of bank accounts for bribery purposes. Credit Suisse disclosed in 2016 that it was cooperating with US and Swiss authorities regarding its banking relationships with individuals associated with FIFA.

Alejandro Burzaco, pleaded guilty to US bribery charges in 2015 after surrendering to authorities in Italy and has had $21 million seized by US authorities.

In today’s statement Swiss authorities say that: “To date, 178 MROS reports of suspected money laundering transactions have been received in connection with the football investigations. The OAG is conducting around 25 separate investigations in football-related cases, and is in the process of analysing seized documents containing some 19 terabytes of data.”

With the US Treasury continuing to benefit from exposing the scandal to the tune of millions of dollars, William F. Sweeney, Jr., the head of the FBI’s New York office, commented on Arzuaga’s plea saying: “This plea shows how wide-ranging and systemic corruption once was in one of the world’s most popular sports. Our work is nowhere near finished, and we will continue to pursue each and every corrupt member of this scheme until each is brought to justice.”