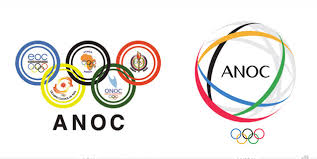 June 19 – An organisation headed by Sheikh Ahmad Al-Fahad Al-Sabah, the Kuwaiti sports power-broker, has sought to intervene in the diplomatic crisis surrounding 2022 World Cup host Qatar, with a plea for sport to be kept separate from politics.

A statement released today by the Association of National Olympic Committees (ANOC), presided over by Sheikh Ahmad since 2012, expressed the hope that the international sports movement in Qatar would not be endangered by the geopolitical situation in the Gulf region.

The statement went on: “The Qatar Olympic Committee (QOC) and the neighbouring National Olympic Committees (NOCs) in the Gulf region are valuable partners to the world’s Olympic Movement and have significantly developed sports in their countries in recent years. Sport has also played a key role in opening up the region to the world…

“ANOC sincerely hopes that the geopolitical situation regarding Qatar will be resolved soon and that it won’t impact on the incredible value that Qatar brings to the sports world.

“Sport must be separate from politics in this Gulf issue.

“The development of sport is very important to the people of the region. ANOC will continue to work with NOCs in the region and support them in their mission to develop sport and promote the Olympic values.”

The statement comes a week after FIFA president Gianni Infantino expressed confidence that the crisis surrounding Qatar would not threaten the 2022 World Cup, while underlining that FIFA is monitoring the situation closely.

Earlier this year Sheikh Ahmad, a former FIFA Executive Committee/Council member,  resigned from his football positions after being drawn into the widespread corruption scandal that has hit the game’s governing body. He vigorously denies all wrongdoing and said at the time of his resignation that he intended to “work with all relevant authorities to disprove these, for me, totally surprising allegations”.