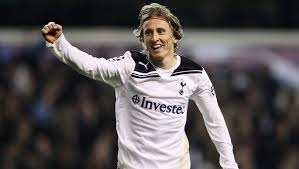 June 21 – Real Madrid star Luka Modric is to be investigated for perjury by Croatian authorities, after giving testimony at the corruption trial of his former manager Zdravko Mamic. If found guilty of lying under oath about when he signed a crucial contract annex, the ex-Spurs and Dinamo Zagreb player could face between six months and five years in prison.

Mamic, former Dinamo Zagreb CEO, and his brother Zoran Mamic, key figures in Croatian football, are on trial accused of defrauding Dinamo Zagreb of £13.7 million and the Croatian tax authorities of £1.44 million.

It is not disputed that when Dinamo sold Modric to Tottenham, for a reported €21 million, half of that money went to Modric directly. As each instalment of the transfer money came through, Modric would go to a bank, accompanied by Mamic’s son or brother, withdraw the funds from his personal account and hand the cash to one of the two men.

The perjury allegation hinges on the fact that at the tribunal on June 13, Modric said he had signed an annex to his contract, splitting his transfer fees 50:50, in July 2004 – but prosecutors say it was actually signed in 2008 when the player had already left Dinamo Zagreb. Indeed, according to prosecutors, Modric told investigators in 2015 that the annex had been signed when he had already been sold to Tottenham.

When confronted with his own earlier testimony by prosecutor Tonči Petković, Modric reportedly replied: “That… That I’ve never said… that it… that… that it was drawn up afterwards. I told you then that I couldn’t remember when it had been done.”

Modric also claimed that: “When speaking about that, I was talking about a personal contract between Mamic and me, which regulated the split of the transfer fee.”

The State Attorney’s Office released a statement saying: “State Attorney’s Office in Osijek opened the investigation against Croatian citizen (1985) due to the existence of reasonable doubt that when giving testimony before the County Court in Osijek committed a crime against justice by giving false testimony under Article 305, paragraph 1 of the Criminal Code / 11. (6th 19th 2017).”

The statement added: “There is a reasonable doubt that on 13 June 2017 at the Osijek County Court, during a hearing in a criminal case against the first accused Croatian citizen (1970) and others, for the criminal offence of abuse of position and authority in Article 291, paragraphs 1 and 2 of the CC / 11; although he was warned that a witness is obliged to tell the truth and that is giving a false statement offence; examined as a witness falsely testified that the annex to the agreement.”

“The witness falsely said that on 10 July, 2004, the date when he signed his first professional contract, he also signed an annex on the basis of which he had acquired a right to a 50:50 share in transfer fees.”

The State Attorney also said Modric falsely claimed he had signed such an annex every time he extended his contract.

Whilst the Mamic case is currently in recess as Zdravko Mamic has sacked his lawyers, Modric faces a legal investigation, whilst his reputation in Croatia has been significantly tarnished.