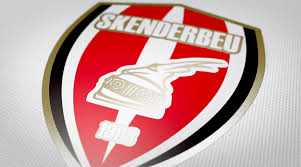 June 26 – The Ethical Commission of Albania’s Football Federation have stripped leading club side Skenderbeu Sports Club of its 2015-16 League Championship win and deducted 12 points from last season’s total due to “conspiring to influence the outcome of matches contrary to sports ethics for the season 2015-2016.”

Skenderbeu have already been banned from European football by UEFA for the 2016-17 season following a sanction for match-fixing and a failed appeal at the Court of Arbitration for Sport (CAS) against that decision. CAS ruled that the volume of abnormal betting patterns evidenced in the UEFA reports provided overwhelming evidence of match manipulation.

It is suspected of fixing about 50 domestic matches and has, according to the Ethics Committee, an opportunity to appeal under Article 18 of the Code of Ethics.

Skenderbeu, which came third in the 10-club Superliga last season, is one of Albania’s best supported clubs, based in Korce district in the country’s south. The loss of 12 points does not change the club’s final position as the fourth place club was 28 points behind.