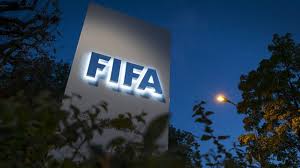 June 27 – The Garcia report into the 2018 and 2022 World Cup bidding, has been leaked to a German newspaper. Until now the report, named after FIFA’s former Ethics chief investigator Michael Garcia, has only been released in summary. A summary that was hotly contested by Garcia.

The first story of what Bild promises will be a series of exclusives focuses on Qatar and its winning bid for the 2022 World Cup. It is sketchy in detail but Bild promises more in tomorrow’s edition.

The timing of the leak considering the political pressure Qatar is under from its neighbours following the visit of US president Donald Trump, raises questions of motivation for the leak. The 430-page Garcia report found fault with all the bids but so far Bild has chosen to focus only on Qatar.

The Garcia report – as reported by Bild – details what the ethics porsecutors list as five main likely bid rules infringements by Qatar. They are:

None of the allegations from the evidence provided so far can be incontrovertibly linked to the Qatar bid and the allegations do not contain the silver bullet that would necessitate a change of hosting.

In a Facebook post, Peter Rossberg, the journalist has the report, said it “does not provide the proof that the 2018 or 2022 World Cup was bought”.

But the leak of the report piles pressure on FIFA and Qatar at a time when both would appreciate a calmer atmosphere to work through other regional political issues and how they could impact the 2022 World Cup.

The source of the leak is unknown and, at this point, is perhaps as interesting as the leaks themselves, some of the detail of which have been written before. It is looking increasingly likely that the leak was geo-politically motivated to support the political forces lined up against Qatar.

Washington-based Salman Al-Ansari, founder and president of the Saudi American Public Relations Affairs Committee (SAPRAC)  lobby group, three days ago tweeted a warning that revelations were coming that would rock the world of football and FIFA – well in advance of the rumours that began in the media last night that the report had been leaked. Al-Ansari’s antipathy towards Qatar is pretty hardcore.

Insiders believe that Saudi Arabia were likely gifted the Garcia report from US sources (and after US political intervention) and that the Saudi’s then placed the report with German media, presumably with the caveat to focus on Qatar.

FIFA had maintained that at the right time in the future the full report would be released but that there had to be confidentiality for many of the individuals who had given information. The next few days will determine how much of the full report Bild have been given.